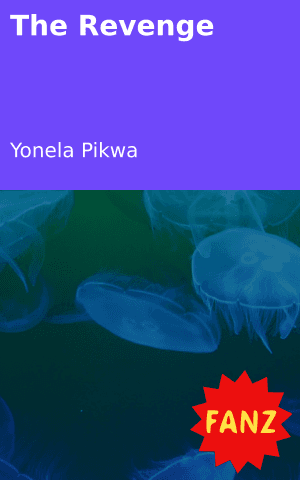 “Self-defence is not murder,” – anonymous.

The strong desire for revenge was more than I could handle at that time. I so badly wanted to kill a few people just to be satisfied that I got justice for all the pain my past had caused me. I felt the law had failed me and it was useless in my life. If I had money at that time many would have paid the price for all the misery I went through.

Counselling provided to me by the government was not enough! I felt that it was not worth it, it was just a never-ending cycle, going round and round all over again. I couldn’t believe it was me, sitting in a small courtroom for a rape case that I was so tired of. I wanted it to pass and my life to continue as if nothing had happened. I regretted the day I opened my mouth, speaking to that social worker about what happened last winter. I felt it was too late and the situation was way out of control now. I wanted nothing else in my life than to live happily, was that too much to ask for?

Growing up without a mother was an infectious disease to me. For seven full years, I had no one except my dad, brother and sister. We were a small happy family from my own perspective. I never really noticed that dad was facing difficulties raising us as a single parent. He always encouraged us to speak about what we did not like or things which were bothering us.

This was the most difficult thing for me to do, I could not even tell him when I was not feeling well or when I needed something. He was very supportive in everything good we did and encouraged us to be good and respectful of other children in the township. We grew up being daddy’s little kids. That was an honour for he was a respected man, a man of wisdom and he gave good advice to people around him.

In a blink of an eye all the good things seemed to be fading away.

It was a good evening and the warmth of our home, our shack, caused me to be outside during the evening around six. I was alone and could not wait to see my brother and sister coming back home, they were visiting their friends. My neighbour called me. As usual, I went to him, assuming that he wanted me to go and buy him something at the shop. I knew that it would not be beer or cigarettes because almost all the people knew that we were not allowed to touch any bottles of beer or hold cigarettes in our hands. Dad said so.

Stupid and unsuspicious, I went to him. I followed him to his room which he was renting with his wife. Unfortunately, that day was not a good one for me, I did not see it coming.
I was very shy and did not like to be noticed or to be given attention.

This really was a changing stage of my life. I lived with the fear that if I told someone I might die. If he told someone then I would be a laughing stock for the rest of my life. So I saw it best to store this in Pandora’s box for it should never come out, not even on a single day. I tried to act as if nothing happened, for the house rules said: “whatever happens out of this yard, to anyone of you, is none of my business because I said you should never get out of this yard”.

Tell us: What do you think of parents who forbid their kids to be sent to the shops by neighbours?

< previousintronext >
Login to Comment
10 Responses
Smart parents
HotBoyLee · 5 months ago
They are right because they don't want their children to be in any kind of danger. So it's best for the neighbours to ask the parents of the children for help from the children.
sidneympho · 8 months ago
It's a really good idea cause some neighbors be real nasty ya'll know what I'm sayin 🤨😶🙅‍♂️
The invisible · 11 months ago
It good cause you Neve know what happened to your child besides parents are protective towards their children
Mantusi · a year ago
tjooo this is the good idea to forbit our kids to be sent to the shop by neighborhoods
kapah-2 · 2 years ago
Yoooh I didn't even read I just read self what what bbbbbooooorrrrriiiiinnnnnggggg
Mpumzaay · 2 years ago
They want to protect their children from being harmed and also to protect their dignity
Saner · 3 years ago
They offer safety and protection to their kids.
TREVAH · 3 years ago
They are trying to protect their kids from anything bad that may happen to them out there
Zee-lady · 3 years ago
U never know what the neighbor is planing and if they have good intentions or wNt to talk advantage of them
Chichi83 · 3 years ago
Go to Library