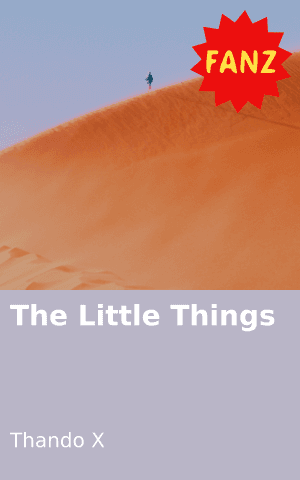 Firstly Lizzy sent an apology text as she knew Themba didn’t expect to find anyone at her house. And then for the next days to come these two would bombard each other’s phones with flirty messages, and from time to time they would meet at the local park, while Lizzy was supposedly on her jog to the knowledge of her husband. They cuddled and fiddled in public like a new teenage couple. This went on for days and days until finally on a Tuesday morning Lizzy invited Themba to come to her house on Friday morning when her husband was not around.

Themba knew that was the heads up for the big moment he was waiting for. The next three days were the longest he’s ever experienced in his whole life. Finally the big day had arrived, anticipation was abuzz. He still remembered the way to the house and so he set off immediately that Friday morning, and called her along the journey to tell her he was halfway. On the way he did not greet anyone, he did not even notice the two drunkards fighting near the road. All he had on his mind were thoughts of all the wonderful things him and Lizzy would do to each other that morning.

Sure enough he arrived at the house, and Lizzy was waiting for him still in her see through night gown. As he walked towards her there was not one bit of communication, they just passionately started kissing right there and then. As Lizzy started to loosen Themba’s belt there was a soft knock on the door. Lizzy asked who it was and Amos replied “It’s me baby.

A panic expression then landed on Lizzy face, and with a low voice she said “I’m coming honey”.

Themba kept his cool, sat on the plastic chair and grabbed a paper and pen from his bag, and told her to open and pretend like this was an interview of some sorts. Lizzy went ahead and opened the door for Amos and the first thing he turned his attention to was Themba sitting on the chair. He politely asked his wife what was going on, and Lizzy explained that Themba had come to ask to interview them for a school assignment and he only came to their house because they were the only married couple he knew in that place.

At that very moment Themba also jumped in that conversation explaining to him how glad that he had come back because he was worried that he would have to interview his wife then have to come back another time to interview him, which would be an inconvenience, and now everything would all be done smoothly at the same time.

At that time Lizzy interjected, also wondering why Amos was back so soon, and Amos explained to her that the whole thing had been cancelled so he decided to come back home rather to go ahead and spend time with some strangers, but in reality this was a lie. See Amos had this long-time friend and neighbour called Joseph. Joseph was his eyes and ears when he was not around, and as soon as he got a message from Joseph that morning, Amos made a U-turn straight back home.

Themba went ahead asking them about marriage life as if this was a legit interview, and when he was done he stood up and thanked them for their time. As he was leaving Amos noticed that Thembas clothes were tempered with, but made no mention of it. Themba left the house very disappointed and very frustrated, while back at the Khubheka household there was awkwardness and total silence.

Again Lizzy took it upon herself to apologize to the young man over the phone and things were good again between them. A few days later Themba asked if Sterring could go visit his parents for the weekend so he and Lizzy could have some alone time at the apartment where Themba and Strerring stayed. Sterring was reluctant at first as him and his parents when not on very good terms because of his choice of study in media. But as soon as he agreed to this Themba quickly texted Lizzy to inform her of the plan and she agreed to it.

The big day arrived again, and Themba went to fetch Lizzy at their usual meeting place. They were both fairly excited about today as they knew there would be no disturbances this time around. They walked to Themba and Strerring’s apartment which was less than 15minutes away. As they were three house from arriving walking down the street, Lizzy noticed Amos and Joseph in the opposite direction walking up the street.

Soon as she caught a glimpse of both men she quickly ran into the nearest yard. Surprised by this Themba glanced around and the two men caught his eye, he knew there was no chance of running off now, so he continued steadily walking towards them. When they were finally close enough to communicate, Amos and Joseph seem to have not noticed Lizzy and went about on a friendly chat with Themba. Amos told him that, him and Joseph always went about these walks on weekends just to see the beauty of the place and its surrounds plus Joseph wanted to check out some females in the area, but this was a lie again.

Tell us what you think: What do you think will happen next?