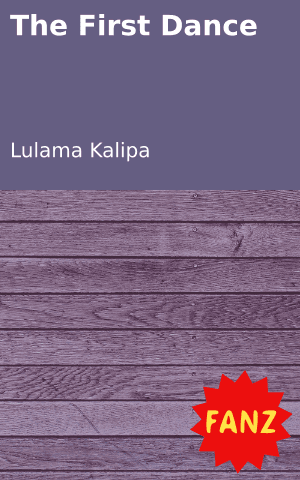 We were just walking and browsing around when I spotted Keisha. I froze. James saw by my reaction that I saw something. I was the one looking at her, she couldn’t see me as she was looking away from my direction. There were three of them, standing there laughing and chatting. And I was standing there watching her with a smile on my face.

All of a sudden the Three Some Crew showed up, three cute and popular boys. And the girls loved them so much. One of them was dating Nicole, so he went to her with his friends. Two of his friends were now free to chat up Miranda and Keisha.

We did not stand any chance of getting close to the girls. I was so disappointed. All the energy I had was now gone. James was blaming me, that if only I had asked Keisha in time to be my dance partner, then she would have been next to me. And Miranda was going to be here too. James was planning to use that as his advantage. Now that I’d messed up my chance, I had lost her to those boys.

We saw Luther standing at the bar, drinking the punch. We went to him but he saw us too.

“Yoh. I knew we were going to see each other again, so how’s things going with dancing partners, any luck?” Luther asked, and we looked each other disappointed.

“Oh the other thing, did you guys see those boys? They are here and you know their capabilities. I think they already got their dance partners.”

I wasn’t in the mood for advice from Luther again.

“Guys I’m going to the rest room.” I walked away from them. As I walked I passed Keisha and her friends, those boys were still there.

Miranda saw me as they were sitting in pairs. I knew she saw me because she rolled her eyes as a sign of being annoyed to see me around them. I was annoyed too, and the fact that Keisha was not looking my way as I passed.

I looked at myself in the mirror and sighed. I walked around the toilet nervously. I wanted to go to them, but I was afraid. I didn’t have a way to tell her, I wasn’t brave enough to tell her, but I went out anyway, telling myself that I was going there to be a destructor. Keisha must see I don’t like it when she’s with other boys.

I went out of the toilet, going back to the hall, hoping to find them there. But they were gone. I looked around and I saw nothing, no sign of them. I went to the guys, and James had already told Luther what happened and he was just waiting for me.

Tell us: What would you do if you were Peter?

< previousintronext >
Login to Comment
8 Responses
I would practice not freaking out when keisha is around me ......en confess my feelings😅😅😄😄
Kylerwatsons · 3 months ago
Go look for keish and tell her how I fell
Beuty Goody · 6 months ago
I would go to Keisha and ask her to be my dancing partner.If she was asked and accepted it then there's nothing I can do.
Orihime · 8 months ago
if I were Peter I would have tell her in the first place
Mwelwa · 9 months ago
Go look for Keisha because she has broker my heart
Icky ace · 9 months ago
Load More
Go to Library