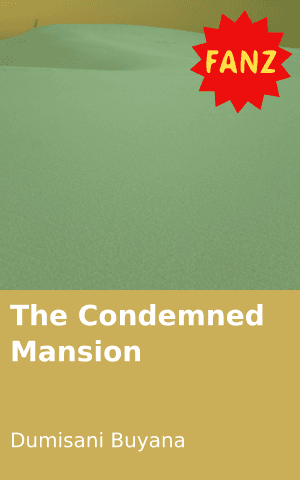 Jack stood at the end of the gravel footpath with a low ground fog swirling around his feet, and, despite his thick leather jacket, polo neck, and jeans, the cold wind from an approaching storm penetrated through to his skin, chilling him to the bone. The steps before him led to the battered and broken veranda of an old vacant mansion on Hill Street. The mansion was set far from the nearest road, on a large plot of land filled with dead trees and overgrown grass and bushes, and the only light in the dark night came from the full moon peeking out from the black and cloudy heavens above.

While looking at the house, Jack’s eyes travelled from the broken slates on the roof, down past the grimy windows, and when they got to the heavy wooden front door, he shuddered. The structure of the house reminded him of the DeFeo home in Amityville, and just thinking about the horrors associated with it sent shivers down his spine.

“You’re not afraid of an old house are you?” Alex asked.

Upon hearing Alex’s cynical voice, Jack turned to face her as she stood looking at him with a sly grin on her face. “Why on earth would I be sacred?” he inquired, somewhat annoyed by the accusation.

“Then what are you waiting for?” Alex asked, planting a hand on her hip, turning her smirk into a smile, and daring him to go forward.

“I was just admiring the architecture,” Jack said, lying.

Truthfully, Jack had been wondering if bringing a lab technician to such a remote location had been a good idea. They were only looking for a murder weapon, or something to connect to their suspect, but Jack had enough experience to know that even the simplest of tasks could go awry pretty fast.

“Mmm hmm,” Alex muttered, shaking her head at Jack as she tugged her jacket closer across her front.

“What?” Jack inquired defensively, sensing that Alex did not believe him.

“You shuddered,” Alex said, then she turned to face the house, and her gaze drifted up to the attic window on the top floor.

“I did not shudder,” Jack denied as he tightened his jaw and straightened his shoulders, not wanting the technician to think he was anxious.

“You shuddered,” Alex said, turning back and staring at him.

“Why would I shudder, Jones? It’s just a house,” Jack said.

Before responding, Alex cocked her head to the side and furrowed her eyebrows. “You’re looking at the house like the main character in one of those bad Hollywood horror movies,” she said. “You look like you were told the house is haunted, and you’re taking a moment to psych yourself up because you’re going in anyway.”

“I’m not that socially inept, Jack,” Alex responded, rolling her eyes. “So, are we going in or what?” she continued, tapping her boot clad foot impatiently.

After speaking, Jack puffed out his chest and ambled purposefully up the weed covered gravel path towards the steps. As he was walking, the small stones on the path crunched under his boots, sounding exceptionally loud compared to the silence of the night. Alex, who was walking behind Jack, took a quick glance up at the house, and her attention was drawn back to the attic. The moonlight illuminated the window and, as she stared at it, a shadow appeared. She inhaled sharply and held her breath, transfixed by the image.

“Someone’s up there,” Alex shuddered, and her hairs stood on end.

Tell us: What do you think it was that Alex saw on the window?