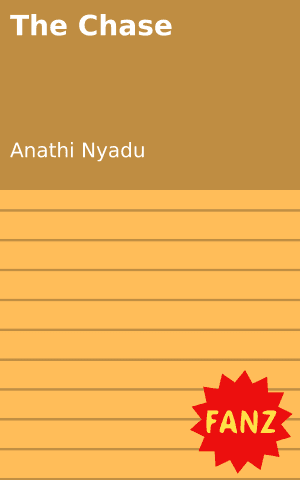 Andile had managed to find out who sold ganja to his roommate. He had followed him there and saw the exchange that was happening between them. He saw when his roommate left the yard a happy man, having purchased his ganja.

He waited for his roommate to leave then made his way to the entrance. He was shaking and scared. As he entered the yard, he saw the guy who had sold the ganja to Thabang, and now he felt like turning back. As he turned, the guy noticed him and called out to him.

“Hey you there, what you looking for?”

Andile stopped in his tracks, he was thinking of running but he thought of the long way he will have, rather face his fate now. If he ran away they will probably think he is a police informant and they would kill him, that’s what drug dealers do in movies, he reasoned. He slowly turned to face the guy.

“What you want?” the guy said with a hoarse voice.

Andile was afraid, his knees were shaking and his mouth was dry. “I was not looking for trouble, please,” he said with a shaky voice.

“That’s not what I asked, ufunani la?’ Andile was smiling but the guy was serious.

He had known what he would say the day before but now that the time to speak was here, his throat became dry and words wouldn’t come out.

“I… I want to… speak to the boss,” he hesitated not wanting to insult the guy in front of him.

What if he was the boss? But the guy in front of him didn’t look like the image he had envisioned for a boss. A boss would be a guy wearing a long-black coat and a gold chain on his neck just like in movies, like A place called home. This guy in front of him was wearing an overall bottoms and a leopard-print t-shirt; he looked more like a Zulu taxi driver and not a dealer

At first Andile, hesitated but then told the guy his plans. He wanted to sell the “stuff” (he dared not call it by its name) on campus.

“That’s what I’ve always wanted, an inside man who will move the “cargo” for me,” the man said happily.

The guy laughed and stood. “Come, let Fish school you,” he said, patting Andile on his back like a father ought to do when telling his son not to worry.

“The cargo, is the street code for the “stuff,” he said imitating Andile’s voice, putting his arms around Andile. “You can’t just bluff out in the street about the business, you will be arrested in no time,” he added.

Luckily, he was not looking at Andile to see the facial expression the mentioning of a possible arrest produced in his face.

The thought of sirens, police and jail almost betrayed Andile but then he thought of why he was doing this and told himself to remain strong for the sake of love.

Tell us: What do you think of Andile’s plan?

< previousintronext >
Login to Comment
10 Responses
He wants to make money
Gemini88 · a year ago
It's a terrible plan as if he gets caught he will definitely lose his bursary
Nikiwedlamini23@gmail.com · a year ago
Not good at all I smell trouble.
SisQueen · a year ago
Do such things even happen bakithi
ModiehiSeitshiro · 2 years ago
Sell weed
Amani · 2 years ago
Load More
Go to Library