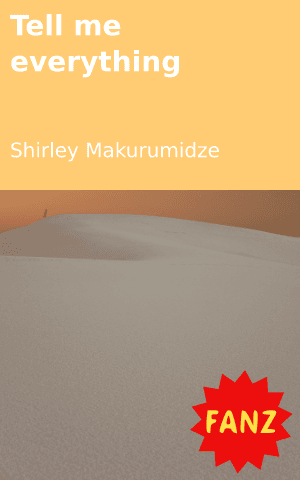 I rise from my bed and neatly place my folded clothes in a suitcase that Gogo borrowed from my aunt Tinashe. Gogo thought it would be best that I pack clothes for every season, but aunt Tinashe utterly disagreed.

She argued, “There are clothing stores in South Africa. Rufaro will be able to buy clothes with some of her scholarship money.”

“But that money is meant for her books, I don’t think its right for Rufaro to use it on fashion. She has beautiful dresses that she can take to South Africa,” Gogo had emphasised.

Aunt Tinashe stood from her chair, arms akimbo and bellowed, “Mama, which dresses do you speak of? You mean those torn rags that lost relevance in 2010, we’re in 2020. My niece can’t be seen in such rags. We may be poor, but we shouldn’t wear our poverty on our sleeves.”

Aunt Tinashe always stands her ground and ensures that she is victorious in any situation. People gossiping about her being unmarried and childless at 35, has not deterred her in any way. She still walks with her shoulders straight and her head up. She should, being Gogo’s only remaining child after my parent’s death. Her job as a waitress can barely help her make ends meet. She now relies on her married boyfriend for money to purchase Gogo’s medication.

I pick a hairband and place it on my wet hair. My hairdresser warned me against the use of hairdryers.

“Don’t you ever let that agent of Satan anywhere near your hair. Unless you intend to chop off that beautiful afro,” I recall her words as I saunter into the kitchen.

Gogo has gone to Mbare, the market. Her vegetable business has been thriving day by day.
I place water in the pot and leave it to boil. I pray that Zesa delays the loadshedding. Gogo had to bathe with cold water yesterday because I decided to cook before boiling her water. The second I switched on the stove, the power cuts began. I heard on the radio that there is loadshedding in South Africa as well, but I doubt that it is as bad as the Zimbabwean loadshedding.

“Rufaro!” Gogo calls out from the lounge.

I hear her footsteps as she makes her way into the kitchen. I place my phone on the table as I rush to help her with the shopping bags.

“I’m well thanks, my child,” Gogo replies, wiping the mbare sweat from her brow, “I passed by Kudakwashe’s house and he has agreed to take you to the airport tomorrow morning. I hope you’ve packed your travel documents well.”

“Everything is perfect, Gogo. I have only God to thank. I was able to get my passport six weeks earlier than everyone else.”

I shake my head sideways.

Gogo walks up to the fridge and brings out a packet of beef. A strong stench fills the atmosphere. The meat must have gone off because of the constant power cuts. It’s our last packet of meat. I’m leaving for Cape Town. This undeniable fact unsettles me. Gogo will have to cook her food. Her shaky hands can barely hold a spoon at times.

“Gogo, can I go out for a few minutes? I need to say goodbye to Tino, I might not get a chance to do that tomorrow.”

“Pass my greetings to him. Don’t stay out for too long.”

Tell us: Do you think she will come back to visit her Gogo and Tino?