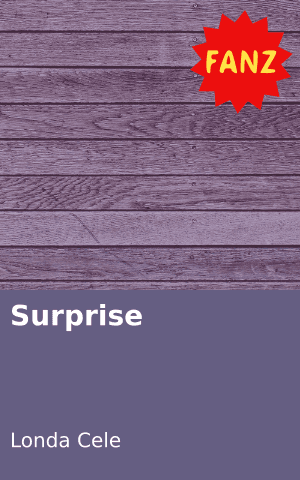 The funny thing with alcohol is that the more expensive it is, the more socially acceptable it becomes, the thought crossed Mdu’s mind as he twirled his beer under his wrist. It was also a sentiment his father didn’t share as he drank only the most expensive of whiskey’s and speaking of fathers, one of the earliest memories Mdu had of his own was his reaction to his sister and him playing with her dolls.

How angry he became as he tore him away from her company, shouting at the top of his voice that, “Boys don’t play with dolls,” and how could he forget the hiding that soon followed after that. Mdu took another sip of his beer, the liquid quenching his parched throat and taking with it, the memory back to the depths of his mind. And yet, here he was, waiting for him like he didn’t have those demons within him.

However, there was a saving grace to all this. It was the fact that he wouldn’t be arriving alone but with his sister, the very same one he was beaten for playing with back in the day. And he hadn’t seen her in forever and a day, and maybe a week.

“Long time no see big bro, I see the money has made you look even older,” Vathiswa smiled as she hugged her brother.

“Father,” Mdu said, sitting back down in his seat.

Vathiswa rolled her eyes before waving for the attention of a waiter.

“Oh, you look handsome,” she said, eyeing him up and down.

“How many beers have you had?” she asked looking back at Mdu.

“That’s enough because you’re driving us home. Okay, so he’ll have some water, the old man will have coffee, strong and black, just think of you when you make it. No sugar and no milk. And I will have …” she said tapping her cheek with her finger, “A long island iced tea along with your number.”

“Don’t you think it’s a little early for alcohol?”

“And what are you drinking? Holy water?”

The waiter scribbled down the orders and disappeared to do his job, leaving behind table 14 to enjoy their family reunion.

“Was that necessary?” Mdu asked

“What? He’s my type, besides… I like my men tall, dark and handsome. I wonder what he’s doing in a dump like this? Paying off student loans? But he looks a little too old to be studying but, in this day, and age, you can never be sure. No ring … so no he’s not married so that’s a win, but he could have a girlfriend which could be an obstacle. If she’s been there for less than six years easy peasy, longer then he’ll be a tough nut to crack, but what if he’s gay? Dammit”

“Hey, are you listening to yourself right now? You sound like a serial killer. Can we just have coffee and get back to the house, I still need to go fetch the kids from school in a few hours and the airport isn’t exactly the best place to try and avoid afternoon traffic.”

“How are they? I haven’t seen my Asanda and Lerato in a while.”

“God help us all,” Vathiswa sighed before distracting herself with her phone.

The silence at the table was filled with nothing but noise from the surrounding customers, only to be relieved by the arrival of their order. With their drinks finished and Vathiswa’s mission to get their waiter’s number a success, Mdu couldn’t wait to get home and fetch his kids, anything to get away from the ones he was chauffeuring around, at least the ones he’d be fetching didn’t know any better. The idiots he was with now might have been family but they were still idiots.

Tell us: Why does it seem like Mdu and his family don’t get along?

< previousintronext >
Login to Comment
19 Responses
Maybe because his father is too old classical
Amanda black · 7 months ago
They don't get along I think it's because of he's gay but he's in the closest he's living a lie so he can be accepted growing up he was raised with beliefs
Keamooo._ · 11 months ago
I don't really know let's read to find out
Joyzeee · a year ago
Maybe it's because he's Gay
Joyzeee · a year ago
Maybe they disagreed a lot in the past
Nicole Nicky · a year ago
Load More
Go to Library