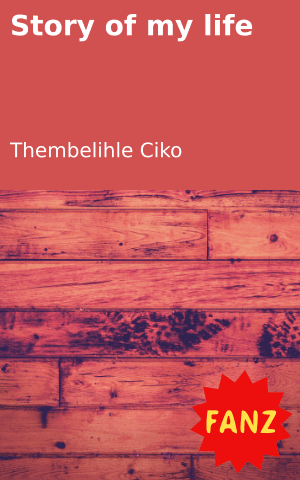 The treatment started changing at home. There was no income from mom to assist with our living expenses. We were more of a burden now and anyone who wanted to toss us around, did just that.

August 15, 2008 is the day I will never forget. It was a Wednesday, exactly two weeks after we buried my grandfather. My uncle came home drunk, as usual, and called me into his outside room. I went there and he told me to take of his boots, and in the midst of that he kept asking the colour of the panty I was wearing.

The next thing I knew, my uncle was on top of me breathing heavily.

I remember the bleeding and taking a bath to wash away the shame and hurt after the rape. My uncle gave me R5 and made me promise that I would not let anyone know about this. I was 13 years old and R5 for me was a huge amount considering the things I could buy; Sherbets, popcorn, ice blocks and sweets. I kept my mouth shut and this continued to the point that things got violent.

I had visible bruises on my neck, arms and legs that alarmed my class teacher, who after so much persuading, made me finally break the silence. My teacher decided to call my grandmother to school and told her what I told her. Guess what, she did not believe me. Not even a single word.

She asked me, if I did not like what was happening to me then why did I not report it earlier?

Her question made a lot of sense. I mean, I knew this was not right but I kept quiet for a very long time. Social workers were involved again and I was moved to Don Mattera, a place of safety in Edenvale.

Feeling fragmented, frustrated and ashamed of myself, I resorted to manipulating, lying, hurting others and stealing. I had so much rage building within me that I did everything to sabotage myself and get kicked out of the home. Crazy people are more common than you think, and I used to be one of them.

I was the kid every child at the home was told to stay away from. However, there was that one House Mother who looked beyond my defiant actions and saw some good in me. She would pray for me and continuously speak life over my situation.

I was later adopted by senior pastors, Mr and Mrs Motha, who believed God had called me for greater exploits and that I was destined for greatness. Settling in at my new home was not so easy, there were strict rules and they were very strict parents. Mr Motha was a Math’s teacher and Mrs Motha a professional social worker.

As it turned out, being raised by pastors was the perfect preparation for my spiritual journey. They believed strongly in church participation and in Bible reading. Subsequently, my duty was to read a scripture to them every morning and evening.

I still had so much anger towards my biological father. Why had the man who gave me life left me? Was I not good enough? Did I not fit into his plans? Was I a disappointment? These questions began to mount up and overwhelmed me.

My new mother and I had one-on-one sessions where we would discuss my feelings, amongst other things. She realised I was not happy and we discussed the source of my sadness. With the help from Mrs Motha, the search for my dad began. It turned out that we were 10 kilometers from each other, but the guy never bothered to search for me.

Tell us: Do you think Thembelihle will make contact with his dad?

< previousintronext >
Login to Comment
18 Responses
I think so.
lebomaetane@gmail.com · 2 weeks ago
Yes she will. I think she is craving to belong to have a sense of identity so she can identify with her peers who talks about their parents.This is sad because no one can replace the love of a mother to a child or love of having a genuine family with mom and dad.There are valuable lessons to be learned in this story, especially to us women
#sck55 · 11 months ago
I think so
Me and myself · 12 months ago
10 Km that's a 8,minute drive, definitely they will contact
Bulelani_Kambula · 12 months ago
I think so
Rooiroos · 12 months ago
Load More
Go to Library