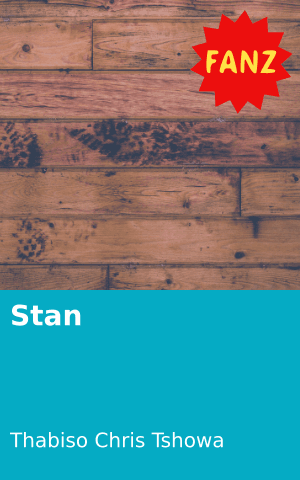 Stan decided to ditch her tom-boy and get a make-over. While she was getting her make-over done, she overheard several women gossiping about Lula. Stan figured she ought to smack them silly for talking smack about her man, but she calmed herself down. She thought it was just harmless gossip that will die down in a few minutes. And just then, Stan was called into another room and was glad to be separated from those gossiping women.

Stan took about an hour in the other room and when she got back the gossiping women were still there, and still talking about Lula. Stan had had about enough of their buffoonery. One of the women touched a nerve and this stopped Stan in her tracks.

“Doesn’t he have a girl pregnant with twins in Secunda?”

All the other women agreed. They said many girls’ hearts will be broken when Lula marries his baby mama that coming September.

Stan couldn’t believe what she just heard. So she decided to track down Lula herself. She knew he would be doing a show in Witbank and she had tickets to see him, including backstage passes. Stan never missed a show. She did a bit of shopping and cooked lasagne, hoping to impress Lula; she knew it was one of his favourite dishes.

She made the trip to Witbank and arrived early, way before Lula arrived. She managed to get a trailer with a microwave so she could heat up the lasagne when Lula got there. Stan waited about an hour then Lula arrived. She knew he would arrive hours before the show because he didn’t want to keep the people waiting. Lula got out of the car and Stan rushed out of the trailer with the warm lasagne in her hands.

“Hey handsome, look what I made you.”

Stan looked so different, so much so that for a minute Lula almost couldn’t recognise her. But when she smiled Lula recognised her puffy cheeks; he would recognise those puffy cheeks in a pitch-black room.

When Lula saw that it was Stan, his excitement died, he was bummed out to say the least. But he took the lasagne from her and led her to his car. He opened the door and there sat a pregnant woman, a very beautiful pregnant woman. She had a shiny diamond ring on her ring finger. Stan pulled away from them and said she had to go.

She ran to her car with tears running down her face and never even looked back.

Aisha studied Stan as she uncrossed her legs then crumbled the pack of cigarettes she had in her hand and tossed it in the trashcan. It was pretty obvious she was getting upset. The doctor sat still in her chair practically frozen, her eyes glued to the wonders that were just performed in front her. Aisha figured if Stan applied this much effort into her life they wouldn’t be sitting here right now staring at each other, like boxers ready to go a few rounds.

But Stan would take it as an insult and the end result won’t be pretty at all. Aisha learnt within a short period of time that Stan had a short fuse and she could go off like a stick of dynamite. Her size really was compensated by her attitude and it wouldn’t be wise to try and criticise Stan. That would be like poking a monster with a stick, wanting to have a go at it. So why try to suggest to Stan to try and improve herself when she knew well that Stan didn’t react kindly to criticism.

The doctor thought Stan must have had enough for the day and will probably do what she does best which is to storm out with her middle finger up. But this time it appeared to be different. Instead of storming out, Stan took out her syrup and had a few shots then offered some to the doctor and the doctor said, “What the hell!” then chugged down the shot glass of syrup.

She knew that by participating in one of Stan’s activities would make Stan see her as a friend, her equal, rather than an authoritative figure. And it worked perfectly and Stan took out a fresh pack of cigarettes from her purse. She opened it, took out two cigarettes and lit them both then gave one to the doctor.

Soon after, Stan was back to telling the story of her and Lula.

< previousintronext >
Login to Comment
3 Responses
San will make a move to dr
Rolien · 3 months ago
You are a very creative writer I've never read something like this,this is unique
Macieme · a year ago
Interesting ##
dayne · a year ago
Go to Library