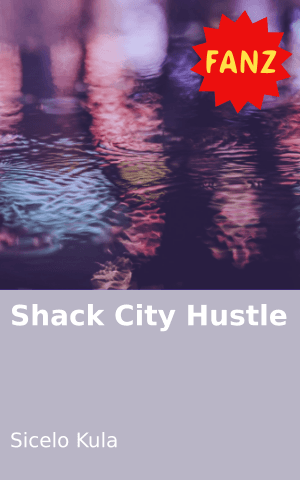 Exiting with a jump and literally hitting the ground running, the team danced their way from the platform onto the stairs. While climbing excitedly, however, something brought their run to a grinding halt.

“Eksệ bras!” called Sizwe in a panic. “We have no tickets!”

“Relax comrades, I handled it,” replied a surprisingly calm Siyanda. “I’ll tell them we’re not rich, but we may be if they let us through.”

Having made it through the ticket dilemma, it was now time to accomplish the main mission.

The team could feel the thumping of the speakers as much as the crowd could. The time for pleasantries amongst the competing teams was now over.

The host went out and excitedly addressed the audience. “Ladies and gentleman!” exclaimed the emcee, “Welcome to C.R.O.P’s annual ‘KASI le DANCE’ competition. For those who don’t know, C.R.O.P stands for: Crime Prevention and Rehabilitation Of Past-Offenders. This year’s prize has grown guys and the winners of tonight will compete in Johannesburg for the National title and stand a chance to win two hundred thousand.”

Like a blanket of stars laid out across a dark sky, eyes lit up at the thought of such wealth.

It was now time to declare the winners. First place came and went without any mention of Amagqudu. The same followed for second place as well. Just when they had given up hope completely, the announcement came: “And third place goes to… Amagqudu!”

Let’s chat: How do you feel about people who board trains without valid tickets? What do you feel of the R40 fine given when they are caught without tickets?

< previousintronext >
Login to Comment
4 Responses
I feel ntn...I mean they dnt do any harm to me.We as ppl come from different situations so I feel very hurtful for those who are suffering
M!SS+UNPR3D!CTBL3 · 7 years ago
I really diddnt get the story at first but know i get that they're just dancers
~Ntrius~Nt~ · 7 years ago
Ay am :, mnje
(F)(H)(x)19900e*INTOMBI~YOMXHOSA*(x)(H)(F) · 7 years ago
Lol wow the author is clever so this boys are not gangsters they jst pantsula dancers wow wat an interesting story big to the author u smart
magold · 8 years ago
Go to Library