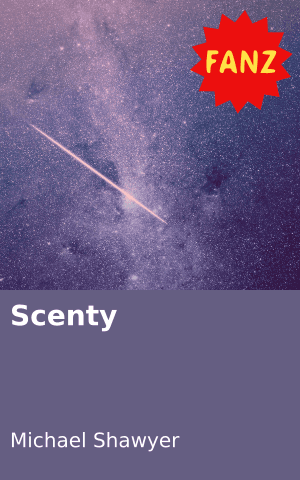 Innocence, known as Scenty by the other pupils in her class, didn’t have time for chattering and clowning on her way home. She went in the other direction, walking for 30 minutes to the office block on the outskirts of Durban where she cleaned five days a week: four-hour shifts for a weekly pay packet of R120. Her mother, Nomathemba, had passed, changing the 12-year-old’s world. A workshy uncle moved in with two sons, declaring himself head of the house and relying on handouts or anything they could steal.

There was no time for becoming a teenager when she was working before and after school, weekends washing and doing housework. Not that she envied girls teetering along the path of early onset puberty. Scenty had no time for boys and their manoeuvres, despite her best friend Daisy’s encouragement.

“Come on, Scenty,” she would say. “We have good fun down by the sheds, smoking and stuff.”

Huh, Scenty thought. I’m not smoking and as for stuff, I’m not being a baby mummy for anyone. Her 13-year-old neighbour, Zondile, was the latest proudly pregnant girl believing she had won the lottery and tottering along like a water-filled balloon.

Scenty was bone tired and starving after work. They’d been one worker short and shared her tasks, not telling Fatima, the supervisor, who would have cut the wages of Precious, the absentee. She was at the clinic with her three-month-old baby, Luseluhle, while Malibongwe, the ‘baby daddy’, was in Isipingo with one of his other wives.

It was almost 9 pm and not a safe time for girls to be out but Scenty was used to flitting between the trouble spots. She crept past the witch’s house, two homes away from where she lived, and with a burst of energy scooted past the outbuildings where grunting accompanied an animal smell.

This was a familiar gauntlet and her feet kicked up clouds of dust. They’re quiet tonight, she thought, slowing to a walk. No doubt they were cooking up something for the witching hour when they would terrorise the township, cackling as they rode baboons through the neighbourhood.

Scenty took a shortcut through the back fence to Q771, the section that was allocated to her family. The two-bedroom house was filled with siblings and cousins, laughter coming from a window. She squeezed past the rondavel and the family cockerel made a fuss.

“Yey!” Scenty scolded, giving him the evil eye. Didn’t she share crumbs with him?

The sometimes-sticking door opened to her touch. Aunt’s been in, she realised as the tart and spicy aroma from the kitchen made her tummy rumble. I hope there’s some left, she thought, doubting there would be. When something smelt this good there were rarely any leftovers, and she poked at the debris in the pan. There was barely a mouthful but she gathered it up and turned to the stack of unwashed plates, scouting for scraps.

Tell us: What do you think of Scenty’s character?

< previousintronext >
Login to Comment
3 Responses
She is a hard worker and very dedicated
Nzudoh · 6 months ago
Strong and hard working
Nah@Mntungwa · 9 months ago
She's a good person a kind and loving person who is resilient and strong.😍😍😍
Juju_Lamaey · 10 months ago
Go to Library