Scars behind the smile 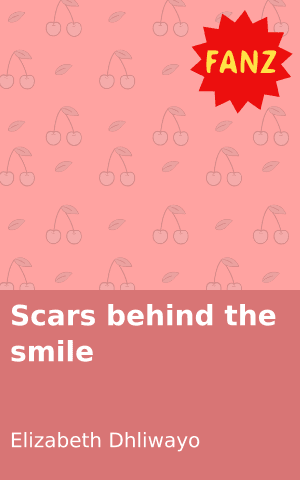 Later on, my mother found part time jobs and we moved into a shack at the backyard of Mr and Mrs Sibanyoni.

Yes, she was earning peanuts, but our lives changed for the better. From those peanuts earned, she supported us better than someone earning millions monthly. She tried to keep us smiling, and surely we did. Yet under those smiles, the scars of the past were haunting and feasting on us.

I don’ know what happened to my younger brother, Mahlomola’s, mind. I guess the scars for him as a man were too deep. For us ladies it is better because our pillows are our only witnesses to our cries. We are used to crying our hearts out behind closed doors. I believe this mentality of saying ‘men don’t cry’ drove him to the edge. He got hooked into drugs. We fought daily over it. At school and where we stayed, people used to tease us about these fights.

People are ruthless and so heartless. At school, from the corners of the corridors, they used to scream, “Hey! You survive from drug money! You were chased from a mansion to a shack.”

They would jeer at me, but get shocked with the resilience I showed them. I told myself that they would never see or know that my heart or rather our hearts were lacerated with scars. I swore never to let them know that I cried all night long. I would laugh it off and cry it out at night. Surely these were the works of Mara since we were in the same school.

Thanks to God who gave me the brains and I used to find comfort in my school work and in the song, It is well with my soul. I would get frustrated if I got an 80% straight. That was mediocrity. Anyway, how well was my soul? Was the singing not one of the smiles to cover up for my scars? I wonder.

Life continued and drugs took the best part of Mahlomola’s life and the greatest part of our newly found joy. We would smile because we could eat food unlike before, but what about the drug issue? Another new scar.

Didn’t he know a shared problem is half solved? Good to say to others, as if I shared my sorrows with anyone except my pillow. Why was he silent like death, yet louder on his actions like thunder? We used to comfort ourselves in the comfort of our family unit, but it was drifting away like an unanchored boat. The code was breaking.

I want to confess this, my pillow knew the greater part of my story than any living soul. I wonder if there is a soul on earth who can testify that they knew my true happiness except the mask of happiness and smiles l used to carry around with me, making everyone believe that l am care free. Care free? That is what they read on my mask, yet still waters were running so deep within me. Yes the mask was written ‘It is well with my soul’, yet the soul was long destroyed by sorrows, distress and humiliation.

It never rains in my life, but it pours. My mother could not take it seeing her only son ravaged by drugs despite all the efforts to rescue him. Rehab centres did not work. Mahlomola ended up joining gangs. Our hearts were tattered when one day we were asked to come and identify his body from the mortuary. The news hit my mother like lightening in winter and she gave in to a cruel heart attack.

Jehovah have mercy! Two bodies in the mortuary? Why? Why should this happen to me? I unconsciously shouted these words. What knocked me down was that these two scars were too big to conceal.

Funeral policy is one joke we could talk about. I wish God had taken me and left my mother. What on earth do I know about organising funerals? What do I do yet I know no family except my late mother and brother and our little Hope? Like her name, she kept my head above the water. She kept saying, “God knows. We will bury them one way or the other…” Such hopeful words from a ten year girl.

When I say that God is there, please say, ‘Amen’. Mom Hildah was gone, but she taught us about God. I used to recite poems on unending Sundays. On the other hand, Hope used to recite not verses but chapters of the bible. Did we know that we were planting a seed which would grow into a tree? Not at all. That is how God intervened.

Tell us: How do you think Dikeledi will pay for the funeral costs?

< previousintronext >
Login to Comment
8 Responses
Maybe the ward councillor can help
SIM0 · 3 months ago
Mybe one of the teachers she used to pass there subjects would help
Emihlemehlo · 4 months ago
I am thinking maybe her late mother's employers will help her with the funeral arrangements
lekgowa · a year ago
Neighbors or a good Samaritan.
Mosasane · a year ago
I do think someone will take the responsibility either help dikeleli with all the costs
Mpontsengpitsa · a year ago
Load More
Go to Library