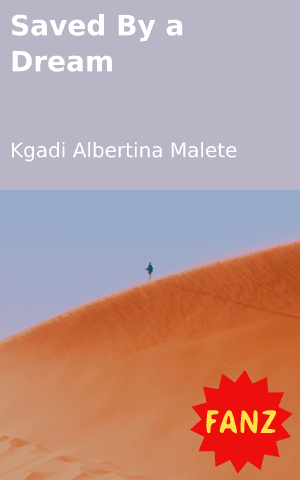 “I have a breakfast meeting today, so please make it snappy,” Mrs Maslany said.

“I’m almost done, so you can wait for me in the car,” Crystal responded. “This will only take a minute.”

Mr Maslany carried himself in a weird way around Crystal whenever his wife was not around. Like in the very morning after Mrs Maslany shut the door behind her, he spanked Crystal and winked at her. She never understood that kind of behaviour. She had only read about it, but it happened between a man and a child that was not his.

Crystal had always known Mr Maslany to be her father. Biologically, that is. He was literally there when her eyes got opened to the reality of what life really was. He taught her all there was to know, and they even captured the first day she walked on video, and he was there too. His behaviour was what puzzled her, but who could blame her?

That day, Crystal came back from school excited. “Mom,” she said when she saw her mother, “I forgot to tell you when you picked me up from school, I saw this event on social media and my friends are going. I would also love to go.

“What event is that?” Mrs Maslany responded. “And is it a school event?”

“It’s a school event, but our school is not invited,” Crystal said. “It’s an International Science Fair.”

“Sounds great,” Mrs Maslany said. “Remind me at least two days prior to the event if you really want to go.”

“Thanks mommy,” Crystal said while cupping her mother in a hug.

One night, something sparked an argument between Crystal’s parents, and she heard Mr Maslany say he wants a child of his own. That was when she realised she must have been adopted.

“You know I can’t bear children,” Mrs Maslany said. “What do you want me to do? I’m barren, and there is nothing I can do about it. And stop shouting, Crystal will hear you.”

“She can hear me,” Mr Maslany shouted, “For how long are you intending to keep her identity a secret?”

“Oh, now you want to tell her that she was stolen?” Mrs Maslany asked.

“Maybe I should have a child with her,” Mr Maslany said.

“Are you even listening to yourself?” Mrs Maslany asked. “You’re talking about your daughter. You literally raised her. She is practically your daughter.”

“No she’s not, she’s your daughter,” Mr Maslany said. “You’re the one who insisted we buy her.”

“All I need is my own child,” Mr Maslany shouted. “Let me get another wife then.”

“How about a surrogate?” Mrs Maslany asked.

The argument between Mr and Mrs Maslany had happened on the night before the science fair, and Crystal woke up earlier than usual the following morning.

“How did you sleep?” Mrs Maslany asked.

“Are you sure?” Mrs Maslany asked.

“It’s just that you woke up earlier than usual,” Mrs Maslany responded.

“It’s the Science fair day,” Crystal said. “Have you forgotten?” She worked hard that morning not to show her mother that she had eavesdropped on their conversation the previous night.

“Let me hurry up so you don’t arrive late, then,” Mrs Maslany said. “You know you can talk to me about anything, right?”

“Then we’ll be leaving in the next 30 to 40 minutes so we can beat traffic and get you to the fair in time,” Mrs Maslany said.

“You two are going to be late,” Miss McKnight said. “The bus from school leaves in the next 30 minutes.”

“Mom, it’s a science fair, and I don’t even like science,” Tony said. “I’m only going because science is one of my subjects.”

“But you sister likes it,” Miss McKnight said.

“Yeah, she does, and I’m going there for her too,” Tony responded.

“So says my supportive brother,” Cosima chipped in.

“As always,” Cosima replied, and before leaving, she and her brother hugged their mother.

Tell us: What do you think will happen if Cosima and Tony bump into their long lost sister at the science fair they are all going through?

< previousintronext >
Login to Comment
15 Responses
Dunno
Owami Cindi · 6 months ago
The rest will be history
Ikhona Keep · 9 months ago
I don't know
agathamologadi@gmail.com · a year ago
Tony will realize that she looks like the gal he saw in his dreams
Feziwe Nzima · 2 years ago
They will unite
Amy kiki · 2 years ago
Load More
Go to Library