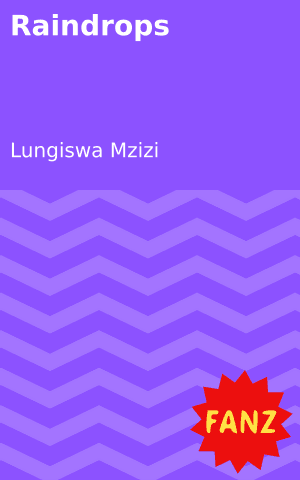 Everything was running smoothly between us. We often went out on dates, movies, visited each other more often. I knew he was the one, the one I’ve been looking for my entire life. Until he showed his true colours or should I say the person I never dreamed of.

So there was this day I thought I should surprise him and show up at his place uninvited. So I did and went to his place at Woodhaven, a small suburb allocated within Montclair. It had been months since we’d been together so obviously I knew exactly how to get in – unnoticed. So I went inside. I couldn’t believe what I saw! A human heart in a protected safe, I was terrified with disbelief. I covered my mouth with my hand in order for me not to scream and suddenly I heard footsteps coming to the dining room where I was and so I hid myself.

“Yes I got the parcel man,” he was on the phone.

“Don’t worry the business was done clean, no proof and substantiation evidence pointing towards us,” he called out raising his voice. “But I still acquired one girl missing and it’s easy to get her, then get her out of this country.”

I knew that what I had to do was to get out of the place as soon as possible but the problem was how.

“Bro can you hold on a minute! Something is not right here,” he called out.

I heard him inspecting all over the place, from the bedroom. I knew I had to hold my breath as if my life depended on it, so I shut my eyes and said a little prayer. After a few minutes, I heard car keys clacking and little hope was gained then I heard the door being shut and the car being started. I slightly glided under the table and looked all over the place, there was no sign of the parcel. I never wanted to waste any more seconds so I tiptoed, making my way to the door-way quietly. I opened the door and went out. As I thought I was free, there something sharp that was placed across my throat.

“You make any sound and I will slaughter you to death! Open the door and get in,” I did as I was told.

“Please don’t kill me, I promise I won’t tell anyone about this,” I begged for my existence.

So he tied me on the chair and closed my mouth with packing tape.

“I never wanted to do this to you. I was young then and I did not know anything about sacrificing and stuff. My father kept on saying; family must stick together no matter what happens. Then there was this one night; I overheard my parents fighting.”

“You know how much I wanted a baby girl,” my mother was crying.

“I told you! Girls are forbidden in this family, you take that evil out.” my father was screaming.

“I will take the kids to my mother! I cannot stand for this.” mother was yelling at him.

“Grace don’t you dare walk out of me,” I could feel anger in his voice.

“I told you that you are not going anywhere,” the following words remained in my heart for years.

“hell….p he…..lp,” were my mother’s last words. I opened the door and there she was lying in a pool of blood and a knife beside her. My father, on the other hand, was mumming on the edge of the bed with his hands on his head.

Tell us what you think: What do you think will happen next?