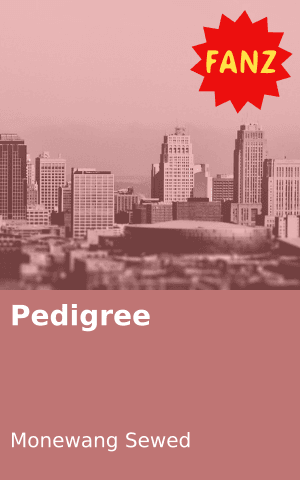 When dusk fell, all the roads lead to The Lineage night club, every rich man’s favourite night spot.

Japheth roused himself. He wiped the drool on his cheeks and off the office table where he had had a snooze. He was about to leave his office to scrutinise and inspect the club. Before he opened the door, Terrence’s hand came through, trying to knock. Japheth went to sit back down with him.

“Your customers are happy boss. The stuff, girls, they are willing to pay,” Terrence reported.

“Did you bring enough girls? I don’t want to lose these clients, they are all I’m left with,” the boss questioned.

“Ahh… about that boss, don’t you think that’s a bit unfair? These are just school kids,” Terence asked.

“I don’t pay you to tell me what’s fair, I pay you to make sure that my clients are happy. And if little girls make them happy, then so be it,” Japheth said furiously.

To sidestep the competition and his grandfather, Japheth was pushing the merchandise at the nightclub. It was working for him, he made haste while the sun was still shining. It was becoming a great success, yet his success was a curse to the old man. He was cut from the same cloth with the devil and he wasn’t scared of him. His mother was right, the business was taking so much from them.

But Japheth was so power hungry that he couldn’t think about his life or his loved ones. He was rather trying to outmanoeuvre his grandfather on the chessboard. The business drained every single drop of the good boy his mother raised, and all that mattered now was taking the old man down.

In the morning, after a rainy and productive night, Japheth crawled out of the bed with great enthusiasm. There was a nice smell of victory — victory of finally having something to smile about.

He had a long, hot bath and dashed to the nightclub. He was greeted by a large number of police vans just outside the club. He thought they might just be in the neighbourhood, but was pulled over before he could make it to the club. He was approached by Terrence.

“Boss, I’m sorry we had no idea there was a dead body in the building,” he stuttered.

“You are not making any sense,” replied Japheth.

“Sir, do you have any comment on the incident?” a reporter woman asked. She was soon followed by a mob of other journalists with microphones and cameras.

He scuttled in the building where he was greeted by police tape. A dead body was covered with a white cloth and the police were taking pictures.

“What the hell is going on?” Japheth was greatly astounded.

“Sir, we were tipped off about the man who just died in this place. And yes, we found a dead body of a man who might have died last night,” said the lady without a uniform.

“I was here when the place was closed and there wasn’t a dead body. This is just unbelievable,” one of the employees exclaimed.

“So you were tipped off and I only hear about this now, isn’t this amazing?” Japheth asked the officer of the law.

“So you think someone did this on purpose?” the lady asked.

“Who’s the police between me and you? I suggest you start with your investigation,” Japheth said rudely. “This guy is… no, was not even our customer. But the first day he comes he comes as a dead body?” Terrence asked.

The police officer asked for CCTV footage to authenticate where and when the man entered the building. They wanted to know how he ended up lying on the floor — dead.

The closed-circuit television showed no sign of the dead man foaming on the floor, no sign of him entering the building. It did not show his death, which could only lead to further investigation. The CCTV stopped working at 4:35, when the night club was closed since Japheth’s Palace closed at 2:00 a.m. This was proving to be rocket science.

“Sir, do you know anyone who could frame you or try to diminish your club’s reputation?” the police officer asked Japheth.

“No, I don’t know of anyone who could do that,” he mumbled.

“Sir, I want to help you, if you know of anyone, please don’t hesitate to come to the station,” the lady said.

Japheth denied knowing anyone who could be trying to destroy him, even though he did know. He knew he had already missed the boat as the journalists will be printing fake news, even if he wouldn’t be prosecuted, he would be painted black.

Tell us: What do you think happened to the dead body? Did you think Japheth was framed?