My journey to love again 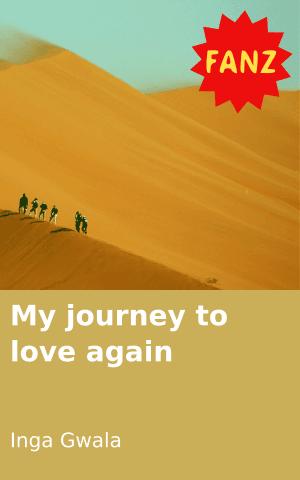 On the following day I called Enzokuhle to accompany me to Lubanzi’s home. We watched a Netflix movie. We played play station, he held my hand to teach me how it’s played. I felt something on his hands I don’t know what was it, it wasn’t good, it wasn’t bad either it’s an unexplainable feeling but I ignored it.

After two weeks I realised that there’s something going on between dad and Aunt Pam but I turned a blind eye. I woke up in a good mood and I decided to go to Lubanzi to pay him a surprise visit. He was happy to see me. I was beginning to enjoy his company, him but he ruined everything by saying how much he loves me.

He thought I was joking, “let me finish.”

“My feelings have depleted. It’s like I’m in some sort of cage. My inner part is in hostility. I am emotionally injured. I’m completely lost I wish I hadn’t met with you. He left my heart scattered. I tried to move on but I can’t. I thought moving on would be easy. How do you forget someone when everything reminds you of him? I don’t like feeling like this,” I sobbed, “my…my…my…” I began running out of words as I cried, I was sad, all this truth out of anger came out for my ex, I wanted him to understand but he didn’t say a word. Instead, he played a song to calm me down, he took my hand and began to dance with me.

When I got home I did my usual routine. I told myself that this coming week I was staying indoors. I wanted some alone time to think about what I wanted in life.

After five days, I switched on my phone and there were so many messages and missed calls. I will answer everyone except for Lubanzi.
I called Enzokuhle back, “if you are not busy, be ready in 30 minutes there’ll be a cab waiting for you outside,” she said.

“Where are we going?” I asked.

I had already washed so I changed clothes. I told dad and Aunt Pam that I was going out with Enzokuhle. That cab drove something about 25km. It walked on a forest. I was sure that Enzokuhle and the driver were planning to kidnap me but Enzokuhle would never do that. I was still debating with myself when the cab stopped. I opened the door and got off from the car.

Wow! That place was perfect. I never saw something like that in my whole life, I’ve only seen it in movies. I didn’t know if we had a perfect place like that in Maritzburg. It was beautiful, it called for attention, it demanded society’s love and care. I felt alive. I felt reverence towards it. There were flowers, trees, a dam and a small park. It was a green pastured land with butterflies flying around making a beautiful pattern with their colours, and mockingbirds singing softly and peacefully. I won’t lie I was impressed. Enzokuhle clearly knew what I loved. I loved nature, but why did she think of this now and where was she? I heard a siren of a car, I looked behind me, to my surprise, I saw Lubanzi getting out of that car, in his hand he had a plastic bag carrying snacks with it. OMG! He was damn handsome and sexy too. He was wearing a stunning outfit. I couldn’t resist his charm. I saw my hands shivering and my voice shrinking. He moved to my direction and when he was close to me, I heard his breath, I closed my eyes and leaned for a kiss, he kissed me on my forehead. We then shared a kiss.

Tell us: What do you think will happen will next?

< previousintronext >
Login to Comment
7 Responses
She got someone to love her again ❤️
Nathiey · 22 hours ago
She is falling in love all over again, its much obvious that they will date from now on.
Qhamu · 4 days ago
Love is a secret patterns that is hard to get those get it , cherish every moment of it.😍.
Mzozoh · 5 days ago
The romantic moment for both of them. Frm nw on am sure they will start to date. Lubanzi chose the perfect place to show his love.
Everything · 5 days ago
Romantic relationship
Aaron12 · 5 days ago
Load More
Go to Library