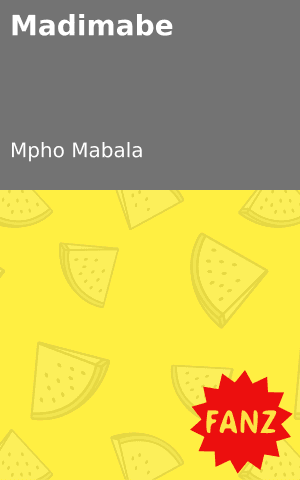 A year later after the divorce, Madimabe was back on her feet – single and happy – but she had this blanket-jaundiced view on men, believing ‘they are all the same’. At only 35 years, she had a deep fear of falling in love again. If she was not at work or helping her daughter with homework, she was at church.

She became close with a Brother Thabang who was a lecturer at the University of Soweto. Thabang was not only an academic, he was also a nifty dresser and eligible bachelor. Rumour had it that he preyed on students at the university, however he always had a cunning way of making himself look innocent. His defence was that people were jealous of him because they never thought he would make it in life, especially because he came from a poor background.

He was a smooth-talker who always quoted the Bible. And there was no way Madimabe could believe these rumours because Thabang was very close to the pastor, whom Madimabe held high in regard. She tried to suppress the feelings she had for him with tremendous effort. But over the months she found herself becoming weak at her knees every time she was with him. I cannot let true happiness pass me by simply because of my dark past, she thought to herself.

They married and soon moved in together in Thabang’s house.

Madimabe’s family really loved Thabang. He was soft-spoken, open-handed and forever smiling. Unlike the abusive Lesiba, Thabang cooked for the family and he was always there for Thato when she needed assistance with school work. For the first time in her life, Thato experienced fatherly love and deep inside she wished Thabang was her real father. They cooked together and watched television together when her mommy was at work.

The matric dance was approaching and Thato waited for the day with keen anticipation. She performed well throughout the year and had already spoken with Letsatsi to be her partner. Her and Letsatsi were in the same class and attended the same church. Letsatsi was brighter than Thato and they shared a similar dream of going to university the following year.

The best designer in town made Thato a stunning dress. Thato couldn’t believe it when she looked at herself in the mirror. She also couldn’t believe that her father, Thabang, had such great taste, even in women’s clothes since he helped in choosing her dress. Thabang assured Madimabe that he would take care of all the details for the matric dance. He paid for Thato’s dress and for the most beautiful hairstyle.

Madimabe couldn’t stop sending sincere gratitude to God for the man he had blessed her with. He was so amazing and incredibly loving.

Tell us: Do you think Thabang will show his true colours to his wife?

< previousintronext >
Login to Comment
6 Responses
Definitely he would
Reabetswe faith · 3 years ago
No ways I think Thabang is a fraud & not to b trusted
Lung's · 3 years ago
He Will show his true colours
Macambaco · 3 years ago
That Thato man I think he is bad than lisiba
Emily3 · 3 years ago
hmmmm, I am not sure if Thabang is as sqeecky clean as he might portray. How did Madimabe suddenly attract such a loving man without doing the inner healing work. Could it be that Madimabe has attracted the same kind of man she just divorced? lets see shall we?
Lebogang Montewa · 3 years ago
Load More
Go to Library