Liar in a Suit! 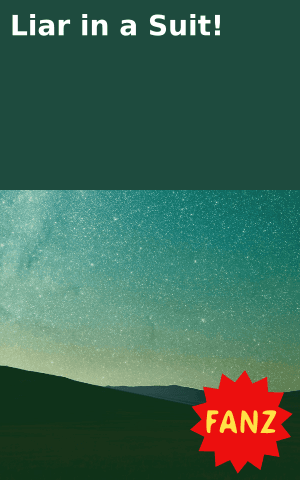 Nombuso lay on her bed, gun in her hand, crying her eyes out. She was depressed, heartbroken, and deserted. “Why do bad things happen to good people?” she kept asking herself.

All Nombuso had ever done was give her love to Zanele. She rolled over, staring at the gun she had, thinking about the power it had and the respect it demanded. After standing up slowly, she fixed her makeup. She then neatly tied her weave into a neat bun, and applied nude lipstick on her lips. She was beautiful, so she did not like putting makeup on, just lipstick.

When Nombuso was done fixing herself, she wore her blue tracksuits, and went out of her apartment. Outside the apartment, she got into her silver-grey Audi A3. It was brand new, so she took in the smell of the new leather seats. The car was a gift to her from Zanele. “How did things go from good to bad in the blink of an eye?” She asked herself again.

When no answer came to mind, Nombuso looked at herself in the rear-view mirror, and realised that she still had it. But, then again, what made Zanele do what she did to her? She wanted to cry again, but she quickly composed herself. Zanele would soon reap what she had sowed.

“She and that … that thing she called a wife,” Nombuso thought.

While Nombuso was driving, her mind drifted back to the time when she first met Zanele. Nombuso’s car, which was a worn out, problematic Cressida, had broken down at the time. She was still examining the tyres when a blue Mercedes Benz pulled over next to her. After the car pulled over next to her, Nombuso stopped what she was doing, and looked at Zanele as she stepped out of her luxurious car.

Zanele was dressed in a smart, grey business suit, and she smelt of money. She had a set of neat dreadlocks on her head, and as she got closer to Nombuso, Nombuso took in her cologne, which smelt good.

“What seems to be the problem here?” Zanele asked, in her crisp voice.

“My car, it’s broken down,” Nombuso responded, pointing helplessly at her worn out Cressida.

Zanele moved closer to Nombuso to see what the problem was. She took one look then smiled. “It seems to be a water problem. I can easily help you,” Zanele said, smiling warmly.

“No ma’am. We wouldn’t want you to get all dirty,” Nombuso responded hastily.

“Don’t be silly, I wouldn’t mind getting my hands dirty for someone like you,” Zanele said, taking a bottle of water from her car.

After a few minutes, the old Cressida was ready for the road. “Thank you!” Nombuso shouted, hugging Zanele. “Oh, sorry. Now you have grease on you,” she continued, shyly.

“Don’t worry about it. How rude, I haven’t told you my name. I’m Zanele,” Zanele said, smiling.

“Nombuso!” Nombuso responded, blushing. “It’s an honour to meet you,” she continued.

Zanele slightly bowed her head in response, then asked Nombuso for her numbers, which Nombuso gladly gave her. “I must leave now,” Zanele said, hugging Nombuso.

While they were hugging, Nombuso took in the smell of Zanele’s cologne once more, and she felt ashamed because she, herself, smelt of grease. “I’d love to see you again, when I’m more, representable,” she finally said, after breaking the hug.

“You’re beautiful still,” Zanele replied, then she slowly walked back to her car with a smile on her face.

Tell us: What do you think Nombuso is planning to do?