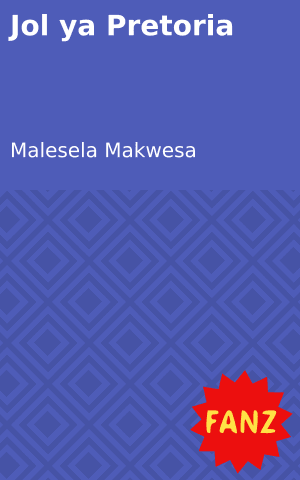 Suddenly hers became the only face I saw amongst the many that seemed dejected by the grind of daily life. In the middle of our telepathic spell, a mournful hymn led by a female voice materialised from the crowded area of the coach, as if to relieve a weary preacher who had been interpreting scriptures to a bunch of uninterested people. And reluctantly, more voices joined in the singing and, within a minute, the hymn intensified until it had engulfed the whole place.

The flying train jerked and rattled as though it would derail. Amid those unpleasant sounds my eyes bounced shyly to Ariel’s, and in a fleeting moment, I thought I saw her face blush and look away as the Metrorail hurtled to Pretoria West.

I knew I had to make a move. We always get this feeling when the time is right, as if fate commands us to rise up to the occasion. The difference between success and failure is opportunity; I had read this somewhere. It is disappointment at the highest level when the opportunity is transparent and staring you in the face and you do nothing about it.

Ariel had already made her move – non-verbally, of course; the eyes locked, so that I noticed her; the smile I thought I saw, so that I was aware she was open to my advances. It was 1999, perhaps that was the farthest women could stretch flirting. The ball was now in my court. I had to raise the Gomorrah flag.

And just as I had assumed, she was a student too. She got off first as the train dropped a bunch of students at our campus station. I was lucky that we were both going to the same campus. However, that was weak of me to have my opportunity sustained by luck. Someone once advised me not to depend on luck because luck is not guaranteed. It is best to take action and have luck surprise you.

Well, I had disappointed my mentor there. But what was I to do? The train had been full and there was also the issue of noise. And what if she was the type of lady who hated being approached in a rough manner? I mean, there were adults around and they were obviously going to watch my bold move as I stepped towards her and spurred her into a conversation. That would’ve made her uncomfortable if she were traditional, and she may have been compelled to demonstrate some values and snub me so that the present elders acknowledged that she was respectful and wouldn’t entertain a young man in front of them. Perhaps she was Christian and here I was asking for her name in the middle of a moving hymn that connected her to God. What if she was not a morning person?

We always look for an excuse not to do what we have to do. Luckily, my ancestors kept me in the game by making sure that Ariel and I got off at the same station – what do you know – luck can follow you but don’t count on it.

Ariel’s flip-flops slapped across the hard surface as she hurried towards the buildings. I followed her; she wore a short denim skirt and I noticed that her legs were slightly bowed. She did not meet friends on her way, so she strode with determination. It was now or never. Some opportunities appear only once, and once missed you’ll live with endless regrets.

I upped my pace and nipped my way around several slow-walkers and soon I was at her shoulder. I held my breath and said, “Hello.”

The opportunity turned expectantly and faced me sweetly, and for a moment I had nothing else to say but listened to my heart.

Tell us: Do you think she will give him a chance? Motivate your answer.