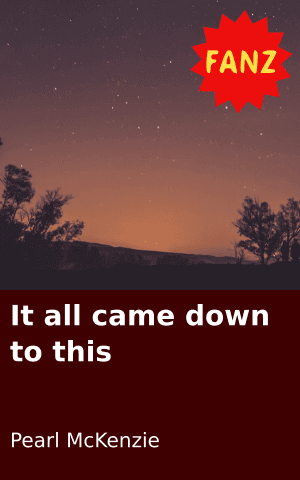 The first day at high school is not easy, it’s frightening. Lindsay had the same feeling; starting Grade 11 in a new school wasn’t pleasant. She had just moved in with her older sister, Lisa. Her mother had sent her to Jikaville because she thought that she would be negatively influenced by what the other teenage girls were doing. She thought sending Lindsay to live with her sister would be much safer. There were bad things happening around her town, Lindsay tried her best not to be part of ‘those’ girls.

Of course, they had tried to lure her into their group, but she’d always refuse. They called her ‘Miss goody-two-shoes’ because she was so different and good all the time. When her mother suggested the ‘moving’ topic, Lindsay had refused to even hear about it. She couldn’t leave her bestie behind. Lindsay and Katy were friends even before kindergarten. They were like sisters; they shared everything, except boyfriends.

Everyone thought they were twins. They looked beautiful with their shoulder length shiny black hair. They loved black as it complemented their fair complexion. Katy was all Lindsay could think about. She begged her mother not to send her to Jikaville but she failed. The place was not bad, in fact, it was clean and it was a middle income area.

Katy was devastated when she heard that Lindsay was re-locating. They had cried their eyes out in Lindsay’s room. Her mother heard them, she thought of knocking but she realised that the girls needed their space; after all she was the one who was tearing them apart.

When the day of her departure finally came, Lindsay had made peace with the fact that she was leaving Katy behind. They hugged for the longest period ever, and made promises to each other. Lindsay also hugged her mother and promised to visit during the school holidays. They both waved at Lindsay as the bus made its way to the North. After seven long hours of travelling, she arrived. Lisa was already waiting to pick her up.

“Hey, how was the trip? Are you tired, hungry?” Lisa was excited to see her sister. Lindsay was exhausted. She tried making small talk with her sister but she fell asleep in between those talks. Lindsay was woken up but a sudden stop and sounds of the engine dying. Her sister was out in a flash to take her suitcases out of the boot.

The house was familiar to Lindsay; she’d been here a couple of times. Lisa was a clean person, the garden was beautiful and the yard was spotless. Lindsay got out of the car and stretched.

“I’m so tired Lisa, I need to take a nap. I hardly slept last night, it was rather uncomfortable,” yawned Lindsay.

I know, I know little sis…come, let’s go inside, I’ll make you something to eat while you make yourself comfortable in your bedroom,” said Lisa. At last! Lindsay felt safe and comfortable. If only Katie was there.

When she finished her grilled cheese sandwich, Lindsay called her mom to tell her that she had arrived safely, her mom was happy. She told her that she was already missing her terribly.

When Lindsay hung up, she immediately dialled Katie’s number but it put her straight to voicemail. Okay, this is strange, Katie never switches her phone off, thought Lindsay to herself. She tried once more, but again, it was unsuccessful. Lindsay was beginning to get worried.

Tell us what you think: Will Lindsay adjust to a new school? Why do you think Katie’s phone is off?

< previousintronext >
Login to Comment
26 Responses
Adjust Katy is angry
Owami Cindi · 8 months ago
She will adjust and maybe Katie is planning a surprise for Lindsay
Juju_Lamaey · a year ago
Boyfriend problem's 🤣🤣🤣🤣🤣 I think. Maybe 🤔 or probably 😏
Kiki Inoshi · a year ago
Yeah...I think she will and I think bcoz Katie's fone is off🤷🤷
T_bone · 2 years ago
Mae b the fone is out of charge
Ggirl · 3 years ago
Yeah She will... And Well I think Kattie Switched Her Phone Off because She was mad at Lindsay For Leaving Her Behind
Kefilwe · 7 years ago
Surely xes still heart broken
MMM · 8 years ago
Maybe she's sad
princess+joy · 8 years ago
She is stil angry bcz her frnd left
K...more · 8 years ago
She shld,katie must av bin hurt dt she was leavin
Damiell · 8 years ago
Load More
Go to Library