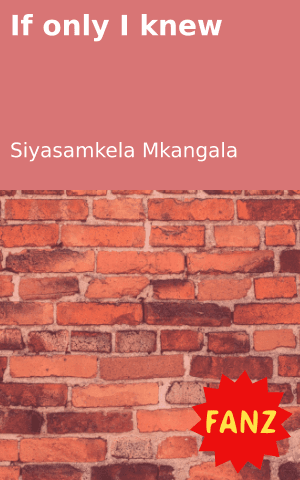 Monday morning, I was walking to school with my sister. It wasn’t really school, but a skills development course where we were taught how to use a sewing machine and a computer. We had to walk a distance every morning, which we didn’t mind because we had no money to take a taxi.

While walking, Thulani’s car went passed. He stopped right in the middle of the road and a truck was behind the car, getting impatient.

“Is that person crazy, why would he stop in the middle of freeway? Can’t he see the truck is coming?”

While my sister was ranting about the crazy driver, the car door opened and out hopped Thulani. He approached us and hugged me. My sister looked at me with that ‘what the fuck?’ look. Thulani wanted to hug her too, but she just folded her arms. He didn’t mind and just introduced himself to her.

“I’m Phiwe, her older sister,” she said with a serious face.

“Nice meeting you older sis,” he said then hugged me again and said goodbye.

“Who is that?” Phiwe asked.

“Sam, please don’t act with me, you know what I mean.”

“Oh the guy you spoke on the phone with for hours?” she asked raising her eyebrow.

“Yes, that one. Now can we stop talking about him?”

“Fine, but I just hope you can see that he is a psycho. He needs serious help. What kinda idiot stops in the middle of the street like that?”

I didn’t even argue, I just kept walking.

“You can ignore me Sam, but I know you hear me.”

“Yes, Phiwe I can hear you loud and clear.”

As days went by I told Thulani about myself and my family. I told him that I didn’t have female friends, he didn’t understand that. But I saw in his eyes that he didn’t actually like the idea of me having male friends even though he acted fine with it.

We would meet every morning before I went to school, and then he’d take us home if he was around. My sister still didn’t like him even when he tried so much to be nice to her. Whenever he dropped us at home my sister would be like, “Yasinceda ke i-psycho yakho.”

I would just laugh because I didn’t see anything wrong with the poor guy. He was doing everything because of love.

Tell us: Do you think Thulani is a psycho?

< previousintronext >
Login to Comment
24 Responses
Maybe he gives me the creeps REMEMBER IN CHAPTER ONE THEY SAID HES CHARCOAL BLACK , HUGE EYES AND A SMILE weird right😐🤔
LadyM-2006 · 2 months ago
It's still early but something about him is just off
Zulu confidence · 2 months ago
Kinda early to say
Ken_ja_nae · 3 months ago
I agree with baby blue
Beuty Goody · 6 months ago
Welll from wht l've read so far ...... the guy seems to good to be true
21Sage · 7 months ago
Load More
Go to Library