How I caught my husband in the act 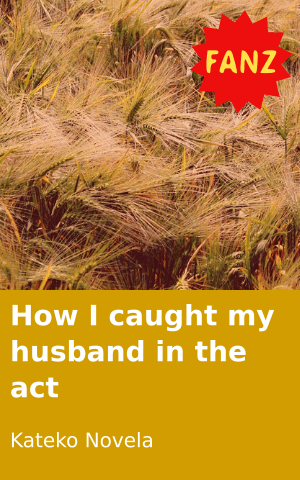 Everything went back to normal but I started to notice the little things that he did that I never noticed before. Like how he would keep his cell on silent when he got home, and how he would leave the room before answering his phone.

So I became a detective two months after that strange call. I searched his phone when he was not looking, I checked his messages but I found nothing. So after a week of searching and finding nothing, I decided to change tactics.

I bought a new sim card and waited until he went to work before sending an SMS, telling him how I missed him and how I would see him during lunch. He answered immediately with a ‘miss you too’ and I died a little.

After thinking of what to do for a while and deciding I didn’t want to lose my husband, I wanted to find out who she was. So I pretended to be sick so I wouldn’t wake up and cook mopani worms, my husband freaked.

“What the fuck do you mean you couldn’t wake up and cook this morning because you have a headache?” he asked, standing from where he was sitting, eating his breakfast. By the murderous look he was sending my way, I knew that his woman would not be happy.

“The smoke from the fire makes my headache worse. Plus I put the left over spinach in your container, so I don’t understand why you are behaving like this,”

I had to remind myself that I wanted to remain his wife, that is why I couldn’t tell him I knew who really wanted the worms.

“You lazy bitch! I asked you to do one thing for me, just one and you are telling me you have a headache? Why did I marry you?”

I almost told him to go fuck himself but I was on a mission and this was what I wanted, so I kept quiet. He huffed and puffed and he left.

< previousintronext >
Login to Comment
6 Responses
He is the one who is cheating so he is a lazy bitch
Bria Pablo · 5 months ago
The father of my is creating so he told me when the girl was kicked out by her parents and the had nowhere to go so he decided that he will tell before i discover what is he up to in his phone.
Shegoo9 · a year ago
His behavior is not acceptable because he is the one cheating in secret.
Ndile7 · 2 years ago
I have been cheated on by the father of my child it was painful,I so wish I could have been like the wife in the story
@florencemandy91 · 2 years ago
Maybe he will try to divorce her.
E'fraim Kamanga · 2 years ago
Load More
Go to Library