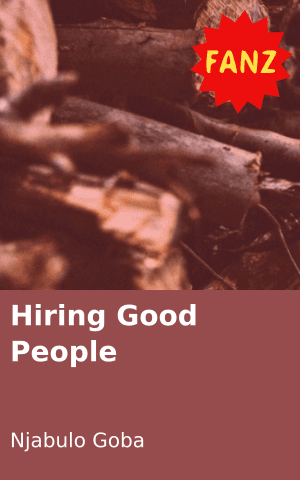 The Uber dropped Wendy off a few metres from the gate at half past eight and the driver wished her good luck. As it drove off, Wendy stood there, taking slow deep breaths, her eyes fixated on the complex structure on the other side of the gate: large tanks and small tanks, patterns of fat and skinny silver pipes, brick walls fencing the tanks and becoming small rooms every now and then.

She grabbed her tight grey suit skirt on the sides and rotated it left, back to its position. She dragged a hair from her face and tucked it behind her ear with a finger, and then slammed her matte brown lips together two times.

She walked towards the small gate that stood beside a big green one, symbolism for environmental friendliness, smart Wendy thought. A security guard sprinted out of his small room, holding a hard hat in one hand and his baton on the other. He ran with such precision and focus that he reminded Wendy of her high school crush, Evan, the hundred metre dash champion who now, five years later, was a drunk car mechanic.

The guard ran up the long stretch of asphalt, his radio and pepper spray dangling on his tight belt. He slowed down to walk fast before he disappeared into the structure Wendy had been eyeing, his hard hat now on his head.

She waited outside the small gate, not sure what to do. Was there something wrong? A gas leak maybe? But she knew if that was the case then there’d be an alarm.

About five minutes later, the guard reappeared, walking down to the gate like a lazy fat kid, instead of the Usain Bolt he was minutes ago. The closer he came, the more Wendy realised how old he was. She wondered if the company’s security guards were required to exercise because that was the only explanation why a man that old could run that fast, even with his lean and tall body.

“Alpha one D logo, purple jet delta Africa, two-forty-five, roger,” the guard said, breathlessly, to his radio and then took his hard hat off.

Wendy didn’t know how correct the security guard jargon sounded, but she was sure that wasn’t it, she assumed the man only said that to look cool.

“Wendy Cohen,” the guard commanded, then ran his hand over his bald head down his smoothly pale and clean shaven face.

“Yes, that’s me,” Wendy smiled to make herself feel welcomed.

“Wait here,” the guard pointed inside his small room and walked away.

“Perimeter check three-sixty, four to one, day one day two, summer, over.”

Wendy remembered a line on the PES Chemicals website: “Hiring good people is what makes us the best.” But then, she thought, he’s just a security guard.

Tell us: Why do you think Wendy has been called into the security shack?

< previousintronext >
Login to Comment
6 Responses
I'd like to know
Feni · a year ago
...
Cypour01 · a year ago
To sit there and wait to be called ,,my opinion
Angelina · a year ago
They wanted to hire her
Yiba · 3 years ago
To be search to see if she doesn't have anything on her that can endanger others lifes
Nnesa · 4 years ago
Load More
Go to Library