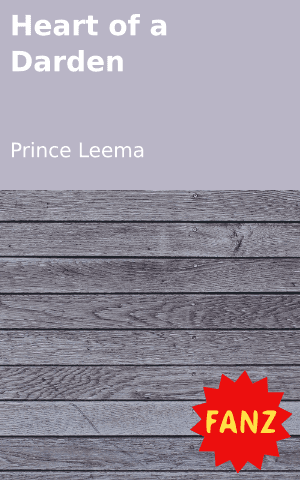 Aaro sat in his glass-enclosed office adjusting the Joy City flag. His roach assistant knocked twice from the door, informing him steadily. “President, Joy City is waiting for your speech.”

“Very well then,” he leaped from his chair and took his suit from a handy hanger.

Five men came out of the cavern walls of Porto and met Scissor inside the chamber. Mr. Beast led the crusaders on the long walk barefooted. The crowd kept the excitement high in the arena. Scissor slowly crawled towards the middle in anticipation. The weapons were retained against the walls. Scissor whistled his tail and all men lost their grip and flew for bludgeons poles apart. Scissor chased the closest bug from the ground; with the front pincers heisted by the tail, Scissor chopped off the left wing.

Holding a heavy axe, Mr Beast, a combat addict, looked back startled. Axe bound on end; he got the courage to roar and ran to meet Scissor mid-field. He flew up, seizing his weapon and got whipped aside by the tail.

The crowd became very vocal, and the second man quickly slayed Scissor’s front leg while the spear man jumped on top of the monster. Scissor turned towards the second man and used the pincers as he rolled over to cut off the next leg beneath, a spear shoved through his throat. Scissor squealed wrathfully then retaliated to the speared man above with his own spear.

The tail rolled back as the speared man fell dazzled, a bow lashed the main eye from the air. As a consequence, the second bug slayed the third leg within the wounded row which saw Scissor lose his footing severely.

Mr Beast rolled a chain and sealed Scissor’s tail behind, securing it to the nearest bars of the cage. The bow man distracted Scissor with shots at his maimed vision; the second man took out the last leg as Mr Beast ran up the tail to brandish his burnished axe once more in the air, blurring the sun and slicing Scissor’s head apart.

The Beast finally killed the beast, astonishing the crowd. Ken rose quickly and left irate as his guards shadowed him. The cell launched out its roof top and the immediate families joined the men in grief while the twenty-foot monster lay dead nearby.

Tom stationed on the edge, was joined by Freddy when the other birds took off. “When are we going to see our king fight?” he asked, smirking.

“He’s your king!” said Tom, emotions sagging as he winged his way out.

Orkold paused Tom’s flight on the screen at Holens as the lights came back on. “Bring this man, train him well enough to go back and destroy Godevo!” A worried Orkold observed the warriors laughing at him beside Lorden. “Lorden you must trust me before we run out of time!” he said, seeking empathy.

“We’re not Grounders!” Lorden flamed up, “We’re descendants of Dardens, and we will kill Godevo!” he said.

Dandy and Niane’s burning images vanished from sight as they set out upon sundry spirits glowing across the universe, mending their aeronautical path.

“It’s not about you coming here to stop me, my little friends,” said the great ape.

The scientist’s roof holds a round window. The rooms within the house are around a hidden microscope installed inside the walls around his laboratory. This makes the hollow castle the crown of the city. He laid eyes on the nearby documents registering his new results from a scope conveniently portable at his lab. He changed course, depositing his spectacles on the counter, beholding restricted galaxy stars, orbiting stones, black holes, dark matter, unbounded light, a dusty milky way, all possible thanks to his Sword of Life’s mystery; its first blade activates life to what we know, yet the second blade wedges death. “I can access any universe,” he sauntered next to the black hole “but how do I gain control of it?”

“Who is it?” he asked. “It’s Gibeon!” anticipating his lab screen from the top. “Patch him through,” he said, walking towards the screen. “Master! I, together with the team, have made a decision that we would go and hunt down the last human species for the safety of Joy City,” the great bear said. “We call for your blessing,” said Gibeon.

“Gibeon my son, how do I rule the universe as I have conquered this world?” asked Dr Ferguson.

“As you did on Earth. Help them realise who possesses their faith,” said Gibeon respectfully.

“I already possess the evolutionary power, now I need to possess their absolute strength.” Reading his thoughts, he said: “Gibeon, I’ll be preoccupied with my studies,” placing his hands on top of the lab keyboard “so please take Gabriel with you, I won’t be able to entertain her!” “Consider it done!” the great bear said before the screen buried his image.

“I guess it’s now you and me!” Dr Ferguson curled over his screen cheerfully. It took a few seconds before he began his long dreadful laughter which continued menacingly until the hawks became airborne from his hollow fortress.

In that very same afternoon, Gabriel sat on the front wall, looking at the sunset, and feeling depressed. Gibeon joined her. “I know it must feel very lonely to be different sometimes,” he said, leaning against the wall.

“He still treats me like a little kid who does not want to grow up to be like him. Everybody in the city may love him, but I remain the only one who knows what kind of a monster he is!” she looked at her unsteady hands.

“I’m sorry if he was not the kind of father you expected him to be. We don’t choose who they become”, he said, sympathising.

“You can say that to him,” she said, with tears on her cheeks. “You have been a great friend when I needed one to escape this place, Gibeon,” she said, regarding the Bigfoot grizzly standing by.

“Go get ready to escape again, because tomorrow we’re going out camping with the guys,” the great bear said.

“Are you for real?” she asked from the edge of the wall.

“Yes, I’m going to teach you how to shoot birds!” and he bent his head to share a smile with her.

Porto looks done and dusted on the outside, the interior oozes innovative animation. Ken makes his way from his kingdom, flying with three guards armed with heavy guns. They touched down on the greatest castle. At the point of entry, men occupied a number of machines…fighting robots known as Cobos.

Blade mentored the fresh blood from 825 combat drillers exposed in between, and he later stopped the toys from rolling against one another. “Let’s call it a day, boys,” he shouted, trying to share a smile with his stubborn brother, Ken.

“How many men are ready?” Ken asked, walking fast towards the open elevator. “We’ve only got half of the population!” Ken stood panting by the elevator door. “By next week, we will have more machines than men, Blade. I’m counting on you to give me more warriors!”

Ken stepped outside onto the roof top, surpassing Cumulus clouds to view the feathered machines fighting in the shady sky as burning metals fell all around beneath private battles.

“We never lost a battle. We shall call this one the revolution of evolution,” and Ken sunk beneath his regal fur at the edge of the windy fortress.