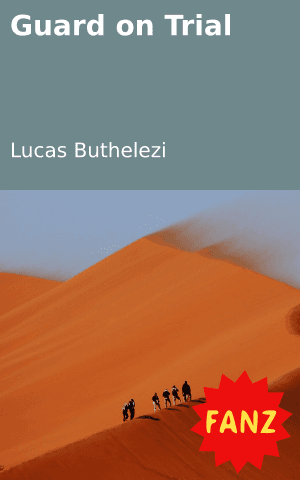 Court resumed after lunch and the psychologist was to testify.

“All rise in court.” The usher cop called out. Everybody went on their feet until the judge was seated, and then resumed their seats. The judge exchanged some paper work, and perused them for a while.

“Can we have your witness on the stand, Mr Chandler?” the judge called.

“Thank you your honour. I would like to call Mrs Yvonne Motloung, a psychologist by profession to the stand.”

A lady in her early fifties, with an athletic build took to the witness stand.

“Mam can you say your name and surname and explain to the house everything about yourself.” The judge ordered. “Please make sure to speak into the microphone in front of you.”

“Thanks your honour. My name is Yvonne Motloung. I am a psychologist by profession.”

“Thanks Mrs Motloung. Do you have any objection to taking an oath that the evidence you are going to give in front of this court shall be nothing but the truth? If not, can you raise your right hand and say so help me God.”

“So help me God,” she said with her right hand held high.

“Mr Chandler you can lead your witness please.”

“Thank you your honour. Mrs Motloung, can you explain for this house, your qualifications, where and how long are you employed, and can you also explain your day to day duties as per your job descriptions.”

“I am employed by the South African Social Services and am now thirteen years under their employ. I have a Master’s in psychology. I studied and achieved my ‘Bachelor’s and Master’s degree in psychology with the university of Cape Town and later went to study my Doctorate degree with Sussex University in the States. My day to day duties includes, but is not restricted to, collecting and analysing data about human behaviour for companies or organizations that would like to know more about their clients. I also do crime scene investigation and am mostly called by the court as an expert witness to highlight situations and behaviours that might be difficult for layman to figure out. I am a bearer of Psy.D and licensed by the state and am now twenty two years in this field.”

“So, following Mr Dladla’s referral to you, can you tell this court how or at what degree could the capability of agility been affected by the incident in question.”

“Mr Dladla’s case was pretty much unique. This because his, was not a case where we could refer or take reference from multiple scenes of his actions. His was based on a sudden response to a dangerous situation. This is what is normally referred to as an extemporaneous reaction. It is normally experienced by a person induced to pain or shock.”

“What is this supposed to mean ‘in ‘layman’s terms’?”

“It means that a man normally makes uncalculated moves during sudden exposure to danger, and from that we do give a room for flaws of procedure and imperfection of angles of handling situations.”

“Can you please be specific, Mrs Motloung.”

“Mr Dladla was given an impression of a life threatening situation. His brain was switched into prioritizing his own safety. To achieve that, he had to rely on his firearm. The fact that he was once under fire, while in the line of duty, and suffered multiple gunshots, clouded his way of thinking and triggered the previous danger.”

“Can there be a specific cause for Mr Dladla to have fired so many shots at his assailant that might be explained only by professionals?”

“The fact that he knew that he won’t be able to feel the pain on impact of the bullets, caused him to keep shooting until the danger in front of him was diffused or eliminated or else, he would be the victim.”

“No further question your honour.”

“Thank you, Mr Chandler,” the judge said. “I now shall afford the state the opportunity to cross question the psychologist.”

“Thank you my lord,” said the prosecutor. “Your honour, I doubt if my learned friend, the psychologist, Mrs Motloung understands the role she was called to play in this house. This as she consistently makes representations focused on extenuating the actions of the defendant.”

“Councillor, I have known you for quite some time and preferred working with you as a representative of the state. But I don’t think it is a good thing to get the house to go fishing for meanings in your utterances. Please be unambiguous, that will save us time and energy in trying to untie the knots in your speech.”

“Your honour, all we have been told by the psychologist serves to secure acquittal for the defendant. I would like to pose a question to Mrs Motloung and from her response, the house shall be able to make a ruling as to whether her submissions should be regarded as serving the true objectives of the house, or she was hired to come and derail the process of justice.”

“Mrs Motloung, what exactly is your purpose in this house?”

The objective for my presence here is to help the court have a clear understanding of the detailed analysis of the functioning of the human brains during sudden exposure to dangerous situation, thus enabling the court to come up with an equitable and just conclusion. Nothing less, nothing more.”

“I am glad my learned friend understands her primary role in this house, but I can’t help but still wonder if she does practice what she preaches. I would like to draw to this house’s attention her following submission. I quote: ‘A man normally makes uncalculated moves during sudden exposure to danger, and from that we do give room for flaws of procedure and imperfection on angles of handling of such situations.’ Unquote. Is this statement of yours not reflecting the direction in which you would like the verdict to go?”

“For anyone who believes in, and respects the constitution of our country, he or she should accept that freedom of speech and opinion is every citizen’s right, and is enshrined therein. I also am entitled to enjoying that right like anyone else irrespective of whether you concurred with me or not. By the way, my submission in this regard is based on my professional findings.”

“How long does that situation last on a person, mean the said condition of making things extemporaneously?”

“Only for few seconds, say about three to five seconds.”

“Can this court still attribute Mr Dladla’s decision not to call the cops and the ambulance to this so called impromptu?”

“Not at all. A number of factors can contribute to that, say for instance experience in the job, alertness and personal agility or intelligence to mention the least.”

“So, you can suggest the court should decide on a guilty verdict on the accused following his behaviour.”

“It’s not up to me to decide. I am here to deliver the results of my analysis.”

“No further question your honour.

“Thank you councillor. You can be excused Mrs Motloung. I feel that the objectives of your invitation to this house were fruitful and served to the satisfaction of all stakeholders. This court is adjourned until tomorrow. Is there any objection on that?”

All parties agreed to the suggestion and they were all dismissed.

Tell us: What do you think the outcome will be?

< previousintronext >
Login to Comment
6 Responses
Surely he ll win based on fact given
Tass0790 · 12 months ago
He will win
TeeSambu · a year ago
Well this is not for me....i feel like standing in a court.
Mj2021 · a year ago
major wil win de case
bwalya kapungwe · 6 years ago
Da prosecution is on a wild goose chase. Da defence wil win hands down
Nyt+Hawk · 6 years ago
Load More
Go to Library