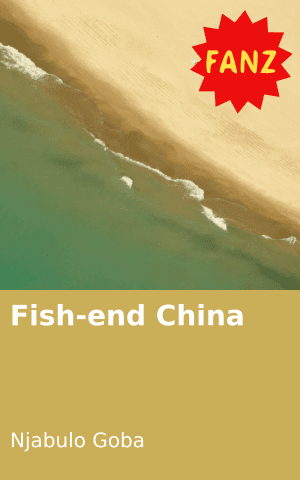 My name is Jimmy Ngubane, I’m an Exit Artist at Fish-end China, one of the biggest exit strategy providers in South Africa.

We provide exit strategies to people who are stuck, whether it’s prison, a bad business deal, a bad relationship, being a parent, being alive, etc. If you want to get out, and you can afford us, we get you out.

And I know what you’re thinking, why hire us when you can do it yourself, when you can get a good lawyer or hire a killer? Well, the answer is simple, with us, you get exactly what you want, whether you think it’s possible or not. Plus, your conscience, your hands, and your name stay clean. The customer always gets exactly what they ordered, and sometimes their order involves death.

There are many jobs I’ve done where I had to get somebody killed, but I hate those. I prefer the simple ones where everybody wins, like the one I did for Amanda Mdlalose, a smart girl who made a smart decision but later regretted it because life’s a bitch.

Looking around and seeing many successful women who were ‘just baby mamas’ or single in their thirties, changed Amanda’s perception about life. At the age of 24, she finished her Master’s degree in Economics and decided to stop gambling and going after guys who played her. She then became a church-goer.

A few months in, she caught Sizwe Kubeka’s eye, a good guy who seemed like a saint. So much that he only first kissed her when the pastor said “You may now kiss the bride.” He was a good man, and Amanda was a good woman. But Amanda sometimes wanted to be fucked, but Sizwe only made love to her in missionary style. When she did something wrong, she wanted to be scolded, but when Sizwe got mad, all he did was pray for guidance.

At the age of 30, Amanda had had two kids by Pastor Kubeka already. Amanda then started praying that she would die. She wanted to be freed from her husband, her contained life, even her kids. She was tired of always having to be a good leader and a good Christian. She felt trapped and believed she was cursed for marrying a man she didn’t really love.

She didn’t want to leave her man and take his kids away from him too; she felt that would be really unfair and cruel to him. All she wanted was her freedom back; all the rules she had to follow by being his wife were draining her.

We keep the customer’s hands, conscience and name clean, so, the pastor had to be blamed for Amanda’s freedom. We couldn’t find anything on the pastor except for his alcoholic brother Qhawe, and I asked my colleague Pearl to pay him a visit.

Everybody has a forte, we all have that one thing we naturally excel at, whether we know it or not. It might be running, singing, thinking, being ugly, being stupid, and for Pearl, it was being sexy. She was a mind blowing combination of divine accidents, from her voice to her eyes, lips, chest, waist and walk, down to her cute little lick-able toes.

Tell us what you think: What do you think Pearl will do?