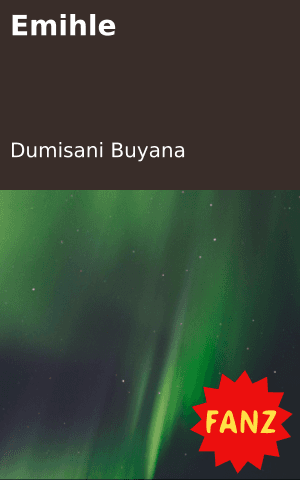 A quick survey of the corridor told her there wasn’t a nurse in sight. Her movements were dilatory and hasty at the same time. One last moment of hesitation and then she stepped across the threshold. Immediately, she shuffled up to the first row. No sign of her brother’s name. She started going over the second row as she wondered what name her brother would have used anyway. Sibiya or…the third cradle in the back row was the one she was looking for. She stared at the newborn, not uttering a sound, barely breathing.

And there she was…little Emihle Masango, Mangi’s little girl. Grace tried to swallow the lump in her throat as she studied the infant of almost two days old. Tiny feet, tiny hands, facial wrinkles that still needed to be smoothed out, the skull that still needed to set and harden. Grace lifted her hand. It all seemed like a dream, standing there in front of her brother’s offspring. She needed to touch the baby, if only with one finger, to make sure this was real. Her hand hovered over the child for several long instances. Did she want this to be real? No one had spotted her so far, she could easily turn on her heel and go back to pretending her unstable relationship with her brother was just fine.

“You can touch her if you want to.”

Her head whipped around while she pulled her hand back as if she had burnt a digit.

Her brother briefly raised an eyebrow before turning to his daughter. “How’s my little pumpkin doing?” he mumbled, carefully slipping his hands under the baby’s back so he could lift her properly.

With a small sigh, Emihle nested her head against his shoulder. Mangi smiled goofily as he patted the child’s back. Grace couldn’t believe her eyes. Was this the same man who had abandoned her on three occasions, who had spent some time in Leeuwkop Correctional Services, and who had assisted a criminal who happened to be her father? Unconsciously, she sought the edge of the cradle and took a firm hold. Seeing Mangi treat his daughter so tenderly transported her back to the past. And for a minute she was that little girl again, Mangi’s sister silently begging him not to leave her behind. What she wouldn’t have given for him to have held her when the loss of their parents cut through her like a razor-sharp knife in the middle of the night. The longing must have been visible in her eyes because suddenly he gestured at her.

She swallowed and slowly let go of the cradle. With the utmost care he deposited the baby in her arms. The infant stirred for a second at being moved around, but she soon settled her head again, this time against her aunt’s shoulder. Grace wordlessly stared at the warm bundle of joy resting against her. Because of her staring, she missed the tender smile on her brother’s face. Then, slowly but surely, she relaxed. The child kept perfectly still. The only sounds that could be heard in the room were her sleepy mumbles, typical for newborn babies.

A sudden urge to stroke her niece’s back and mumble incoherent nonsense herself was awakening in Grace when, unexpectedly, she felt a familiar vibration in the pocket of her jacket. Her eyes widened and she tried to hand her brother the baby as quickly and carefully as possible, but it was no good. Not a second later, a shrill ringing tore apart the comfortable silence hanging in the nursery. All the babies stirred and some of them came out of their slumber, but it was Emihle who was frightened the most. She opened her mouth and began yelping for dear life.

“I’m sorry,” Grace shot at Mangi, as she frantically grabbed her cell phone out of her pocket. One look at the caller ID made her groan in frustration. She swiped to accept the call and hissed, “What? I’m in the middle of something here!”

“Yes, you certainly are in the middle of something. Does the term ‘car lifting’ mean anything to you, Grace?”

She rolled her eyes. She had been wrong. Max Mathebula didn’t score a nine or a ten, he scored a twelve, perhaps even a thirteen on the annoyance scale.

“The Cortina’s doing just fine,” she snapped back, “I only borrowed it to go see my…”

She was cut short by the detective, “I don’t care if you went to see the President. You took my car!”

“Yes, I took your damn car. You can take mine next time. Now if you’ll excuse me, I’d like to go back to holding my niece.”