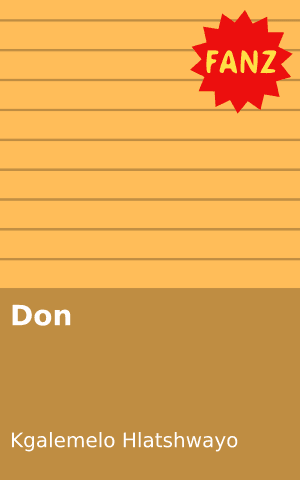 It was 17h55 now, and the sun had just started to set on us. Erica picked up the bottle of wine and took a large gulp; she had grown tired of pouring it into the wine glass, three servings ago. I stared at her curiously as if seeing her for the first time. And although we sat next to each other, our bodies didn’t actually touch, almost as if in an attempt to be together without actually being together.

Our relationship had seasoned into something drained and cold; I think we both wanted to separate at that point, but neither of us had the guts to say it or worse yet, do it. Our love had turned purely platonic. The clock hit 18h15 and by then her energy has grown silent and ill-tempered. This irritability and her increasing failure to understand me gave no meaning to our time together, so I felt it best I leave.

“I should go,” I muttered as I got up from the café bench.

“Sit down,” she demanded, almost as if genuinely offended by my statement. I did as she commanded.

We ordered two large coffees in an attempt to balance out our inebriated bodies. We both lit up our umpteenth cigarette.

“I just, can’t believe you’ve met somebody that you like better than me,” her voice sounded so distressed and fatigued; I could tell by the look on her face that she hadn’t intended to let out this vulnerable side of her tonight.

As for me, I couldn’t sum up the nerve to explain it to her; I felt I had already done enough damage by admitting my feelings for another to my lover. How do I tell her that this boy, in his peculiar unorthodox mind, had given me a strange sense of permanence, an ability to exhale? Something nobody had given to me, not even her. I couldn’t utter those words to her, so I didn’t. Instead, I motioned at something in the air with my hands, hoping to find some form of resolution floating with the wind. I couldn’t.

“I just don’t understand why you’re always drifting like this,” I could feel her anger soaring as she spoke, “It’s like you’re searching for something in people, some kind of instant gratification. And then when you sort of find it, you get bored and move on to the next thrill. First it was Lerato, then Thabo, then that tall, dark-skinned guy you met in Rosebank, remember? Then me, and eventually probably this Don dude too. How many more are you going to drag with you until you’re satisfied?”

The hastiness of her manner as she spoke caught me off guard, and my body started to shiver, with the approaching cold breeze having nothing to do with it. She could see my expression changing, my hands tapping on the table in frustration, but she continued her lecture.

“Why does your love always have to be so half-baked, so inconsistent?” she persisted in her authoritative tone, “Can’t you just find a partner and stick?”

I thought she would never finish, but eventually she lit up another cigarette, and I assumed it was the end of her speech.

“I don’t know what I want Erica, only what I do not want,” I said with exhaustion in my voice.

“And what would you like me to do with this information?”

“I want you to hate me and to have the courage to admit it.”

She laughed out loud for the first time in what seemed like a decade. It sounded really genuine too, like the kind one draws out from the pit of their stomach, “I wouldn’t give you the satisfaction, love.”

I was irritated by her sudden change of temperament; she looked openly amused with herself and that suddenly made her more attractive to me, that and the distant street light which shaped a glow on her face wasn’t helping either. I let her enjoy that moment, even attempting to join her in her delight.

“I’m pretty sure I’m not completely his type anyways,” I joked.

She tried to avoid entertaining the new twist to the conversation, but her newly found joy wouldn’t let her, “Why would you say that?” she questioned.

“I’m too nervous, too high strung and erratic for a man like him. I reckon he’s attracted to me now because he doesn’t know me.”

“Do you believe what you’re saying?”

I didn’t, but I reasoned that we were both too far gone to paddle back to misery and confusion, and the issue had become too impossible to explain. And besides, it was getting really dark now and I didn’t want us to leave here angry, so I let it go, pretending not to know.

“I’m sorry to hear that,” she whispered, almost to herself.

Tell us: Have you ever had a tough conversation like this?