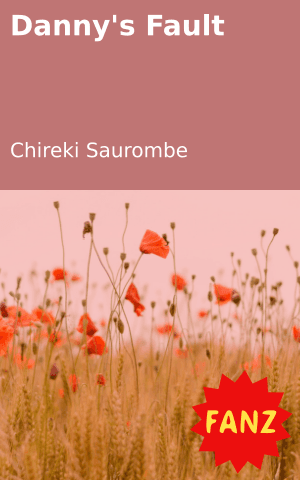 The smell of cigarettes grew closer and this time laughter echoed nearer. Detective Mambo pointed his gun in the direction. The dark rim covered their appearance. A small light appeared then Simon entered the room. Detective Mambo grabbed Simon and quieted him. The policemen grabbed Lucas and cuffed them and put paper in their mouths so they could be quiet.

“Guys, where are you?” he inhaled the smoke from his cigarette.

He looked at the window then looked back irritated. Detective Mambo waited by the door. He walked closer then heard a cough, it was the policeman.

He jumped through the window, attempting to get away.

“What is wrong with you?” Detective Mambo shouted before running after Peter.

The other police chased Peter and Taku remained with the policeman who feared for his job.

“You made noise, now look,” Taku threw his hands in the air.

“Something got in my throat,” he said sadly.

“You could have coughed quietly,” Taku leaned on the wall.

He yawned a few times; he needed to sleep. He looked at his watch and saw it was already 5 a.m. The policeman sat on the ground depressed. They heard voices coming and Taku ran to the back of an old room divider and hid. The policeman grabbed hold of his gun and pointed it. Detective Mambo and the other policeman entered with Peter in cuffs. Taku came out from his hideout and yawned.

“We caught him in the bush near the railway line,” he said.

They grabbed the five thieves and put them in the van. Taku insisted on walking home.

“You deserve a medal, let me take you home,” Detective Mambo chuckled.

Mambo drove the van to Taku’s house. He drove quickly because he had to rush back to the station. Taku had fallen asleep, but he woke him when he stopped at the gate of his house. He yawned as he got out of the van.

“Go and sleep, when you’ve rested, I will need your statement,” Detective Mambo said loudly, driving back to the station.

Taku entered his home quietly and walked straight to his bedroom. He heard his parents talking but couldn’t hear what the conversation was about. He wanted to tell Danny the good news, but he slid in his bed and slept instead.

“Taku…Taku where have you been?” Mary, his mother patted his body.

He lay on the bed motionless as if he was in a dream. Taku tried to wake up but he closed his eyes and slept. Mary stared at her son in bewilderment. He must be really tired, she thought to herself. She knew how hard her son worked. He was drained and needed a lot of rest. Taku wasn’t aware it was real, he thought he was dreaming.

He slept peacefully when his mom left his room.

“We will talk later,” she said and walked away. She closed the door of his bedroom.

Tell us: Do you think Taku should become a detective?