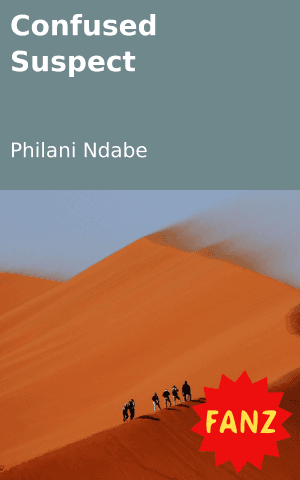 The day came, and Kind went to collect Charlene and promised to bring her before 10pm, which Charlene’s parents agreed to. She came out from her room into the living room, looking just like Cinderella and glowing and glittering from the glitter that her mother had put on her to really look beautiful. Kind was all smiles as Charlene walked towards him, and they went out arm in arm.

Charlene’s mother rushed to the door and shouted, ‘’Make sure you bring her back in time.’’

Charlene turned and said, ‘’You know I will be back before you know it, mother.’’

Then she waved. Little did they both know that those were their last words to each other. They dashed into the car and drove off. It was Kind’s father’s car, and he had also promised to bring it back before 8pm. They got to the party and for real it was going down, and Charlene was loving it. Kind was drinking alcohol from a coca cola can so that Charlene wouldn’t notice, and surely she never gave notice.

At around 7pm, the party came to an end, like it was agreed with the principal, but not for the senior boys. Sylvester got onto the stage and announced that there was an after-party at his place. People screamed with joy and they packed in with those with cars and they headed to Sylvester’s place. When they arrived, Charlene noticed it was getting late and therefore they had to go. Kind persuaded her to stay for a little while and she agreed. He then brought her a drink. After 3-4 drinks, Charlene started feeling dizzy. Kind had spiked her drink. When he noticed this, he took her to another room. Kind had only one thing in mind, and it was sex.

Charlene was a virgin and always told Kind that she wanted their first time to be special. Guess this was it for Kind, who led her into one of the rooms. As they were in there, Kind tried to persuade Charlene to have sex with him, but she refused and because Kind was drunk, he failed to control himself and therefore forced himself on her. The door opened and in came Charlotte. She was a bit tipsy, failing to stand properly on her own two feet, balancing with the door and with one high heeled shoe broken.

She shouted, ‘’What the fuck are you doing to my friend?’’ Charlene was screaming and Charlotte had heard her from outside.

Charlotte had gone to a party in her area and had just heard about the after-party and so chose to come and join in the fun. But now it was no fun at all but confusing and with a feeling of betrayal. How did Charlene end up drunk and at the after-party? The only answer Charlotte had was that she had gone to the Goodbye Party, and that meant Charlene had betrayed her.

Charlene was also confused as to what had happened because Charlotte wasn’t at the Goodbye Party, and so this meant Charlotte had gone partying somewhere without her friend’s knowledge, so she as well had betrayed her. Kind walked out and left them together. They both explained their stories to each other, and they both understood and forgave each other and walked out back into the party. Now that Charlene was still under the influence of the spike, she made it worse by drinking alcohol. She just got loose and started dancing dirty with every boy, and so that got Kind and Charlotte disappointed and angry. So, they suggested she be taken home.

Kind couldn’t drive them as he was angry at Charlene, and so he organised some friend to drive them. The friend was some random guy who they had met some time back at a college. They had once played football against them and they had invited him over for the party.

As Charlotte waited, she kept drinking and guarding Charlene and her purse. At last Kind brought Keith to drive them home. By then, Charlotte and Charlene had both passed out and they were both carried into the car. As Keith was driving, he had to wake Charlotte up for directions. Then Charlene’s phone rang; it was her worried mother. It was now past 10pm and she still hadn’t seen her daughter, so she wanted to check on her. Charlotte answered it and told the mother that they were on their way.

After she dropped the call, she asked Keith if he could park by the side because she wanted to relieve herself. Keith did, and Charlotte went out and rushed to the nearby bush. Keith also rushed to the side of the road to pee. Charlene was left in the car still in a deep sleep. Then, after a while, the car started off at high speed, and before long there was a loud tyre scratching sound and the car hit a sign post. It rolled three times before falling into a ditch.

Tell us: How do you think the crash happened?