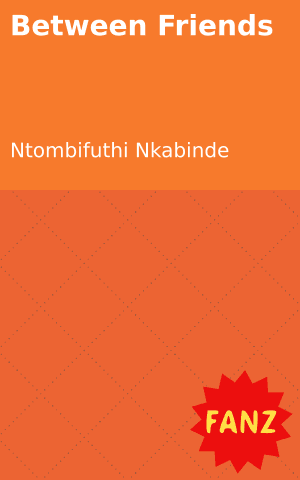 I listen as Katlego’s footsteps pound the hallway coming toward the dormitory room I share with my best friend, Nomzamo. My heart starts beating like a thousand drums as his footsteps get closer. I say a silent prayer before slowly getting up from the couch I’ve been sitting on since I got his text this morning. He didn’t explain the reason for the visit, but I instinctively knew.

I draw a shaky breath as I watch the door handle wiggle and give way. I can hardly hear myself think now. The speech I’ve been rehearsing in my head is all gone. His scent enters the room before he does. I smell him before I can see him. I can feel his presence now, his aura. To say that Katlego is angry with me would be an understatement.

In a split second, he’s standing right in front of me, fury written all over his face. Droplets of sweat trickle down his left temple as he looks me dead in the eye. His eyes are filled with rage – mine with fear and terror. Adrenalin is pulsating violently through my veins as I take a series of rapid breaths. My head is buzzing, and I can hardly feel my body.

He takes his jacket off and throws it on the floor. He never takes his eyes off me.

I take a few steps back and he takes steps toward me and I freeze.

Katlego and I met in university and I remember being mesmerised the first time I laid eyes on him. He was talking to his friend, BK when I turned around to investigate who the dreamy scent from behind me belonged to. Our eyes met and I couldn’t take my eyes off him. I remember asking myself what he was doing in the registration queue of a university when he had the face that belonged on the cover of GQ magazine.

“Kat, please!” I whimper, trying to sound as apologetic as I possibly can. “It was a mistake. We didn’t mean for it to happen,” I plead.

“I…I,” my bottom lips quivers and I shut down.

“You can’t even say it, can you? It is so despicable even to you who did it!” he says, tears brimming in his eyes.

I’ve known Katlego for five years straight and I’ve only ever seen him cry once – the day he buried his father after his battle with cancer. I remember the long night he cried on my lap when we got back from the cemetery. I held him very tight, making him remember that I would always be there for him when he needed a shoulder or lap to cry on.

Now, here he is in front of me. Crying. I can’t make him feel better this time because I’m the one who’s caused this pain.

“Stop saying that. You don’t mean it.”

“But, I do. I’m sorry, Katlego. I love you, I never meant for this to happen,” I repeat, tears cascading down my face.

I haven’t cried like this since I failed my first year of medical school. Katlego is my first boyfriend and I think I was just so smitten with him, I even forgot what I had come to school for. Coupled with being young and immature, I forgot that I wasn’t the straight A student Katlego was. But, I quickly made the necessary changes that have got me to where I am right now. A fourth-year medical student.

With his index finger on his chin, he shakes his head slowly.

“I think you’re only sorry you got caught. And then, after a short pause, “What I can’t wrap my head around is, why him? Why BK?”

My heart skips a beat as soon as Bokang’s name escapes Katlego’s lips. The mere mention of him sends shivers down my spine and sends my throat begging for some precious refreshment. The very mention of Bokang’s name shakes me to my core and I take a seat on the couch upon realisation that my knees might buckle under the pressure.

Tell us: What are your thoughts about the story so far?