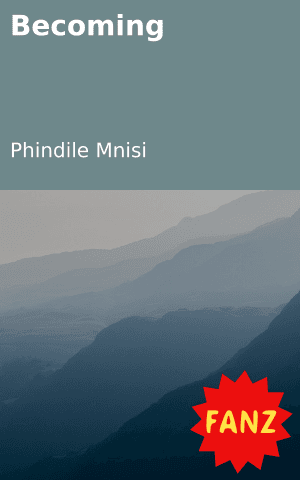 Procrastination, being narrow minded and feeling entitled all led to Bongiwe’s demise. The world has become a jungle and a young girl has been thrown right in the middle. She stares at the exam script unable to grasp what this means for her apparent short career as a university student, which was the ultimate goal.

Bongiwe has failed her ﬁrst year of varsity. The mere thought feels like a physical burden to carry, she promised herself that she’d keep a clear path not having realised that this was foreign territory. The big city, Bongiwe taking in its welcoming aura at ﬁrst glance, it’s ambiance. The air was slightly warmer than back home. People seemed happier and they seemed to have reached a higher level of themselves.

There is not a timid bone in Bongiwe’s body. Evidence of that dates back to when she was in primary school and threatened anyone who rubbed her or her younger brother, Lethabo, the wrong way. As she grew older, she became accustomed to having less time at home and this mind-set was embedded in her since childhood. There were days where Mamncan’ Silvia, or simply Mamncane, were forced to beg the neighbours so that she and her brother wouldn’t go to bed on an empty stomach. Mamncane was her mom’s sister and was a wonderful aunt to Bongiwe and Lethabo.

Although her childhood was ﬁlled with endless playfulness and laughter, the darker days always stood out. She remembers getting to school late because Mamncane did not have money for taxi fare. Using their small size, Bongiwe and Lethabo slipped into a crowded bus hoping the driver didn’t notice that they didn’t pay.

She remembers one speciﬁc day and that pain manages to haunt her even in this present moment. They were just about out of electricity and Mamncane had to boil the water for a split second to make sure the power wouldn’t trip and her children wouldn’t have to bathe in freezing water. Memories such as these make her cringe and now here she sits with an exam script in her hands threatening to take her right back to those days. Bongiwe questions herself as to what went wrong? Her past experiences should have motivated her to succeed and not fail.

The bus rides back to rez, which only instigates more paranoia. Ah yes, the reality slowly began to sink in and the more the bus cleared the gap of the intended destination, the scarier the thought of explaining this disappointment to Mamncane. To make matters worse she was going to move out in a couple of days.

Nobody in her family has had the opportunity to enter the realm of tertiary education and because she had a ‘foot’ in an institution, she stood a chance to close the generational gap of illiteracy, a cold but sad reality. Bongiwe’s mother succumbed to the AIDS pandemic of the early 2000s and daddy dearest fled right after Lethabo was born leaving a legacy of underachievement and unemployment.

Tell us: Have you ever experienced what Bongiwe has when it comes to school or university?

< previousintronext >
Login to Comment
2 Responses
No
Nthabishy · 2 weeks ago
Yes, and it has motivated me to work harder than the normal person. I have two psychology degrees going for my Masters. Nothing in this life is handed to us, some of us have to work harder than others to achieve. Be motivated by your situation to get out of it than to make it worse.
wandisa197 · 2 years ago
Go to Library