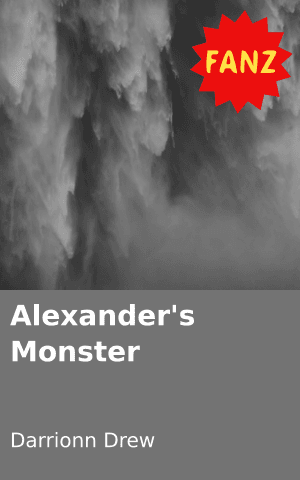 Alexander gave fodder to the cows, dressed in a full denim coverall and boots. His appearance was of a typical farm-boy, he even tried to chew straw to fully match the image of a true farm-boy.

Mrs Irving rang the bell signifying dinner was ready. Running from the shed, Alexander tried to outpace the dogs but in vain. Panting and exhausted he stood outside the kitchen while waving his hands to Mr Irving.

“Dad, run why don’t you!” Alexander screamed to Mr Irving who mockingly suggested he was too old for that.

“Goodness Alexander you almost gave me a heart-attack from your screaming,” said Mrs Irving as she brought him a glass of water.

“Sorry mum,” said Alexander while he gave Mrs Irving an affectionate hug. They all ate dinner by an outside table which Miss Irving decorated with a wonderful flower-print table cloth.

After dinner Alexander helped Miss Irving by taking away the dirty dishes to the kitchen. Alexander had noticed a prominent picture of a young man dressed in army clothes.

“Mum who is this man?” enquired Alexander while pointing to the numerous photos.

“That’s my son, his name was Johan,” replied Mrs Irving as she grabbed the photo of Johan and stared at it. A sad expression marred her face.

“And where is he now mum?” enquired Alexander again.

“He’s… dead sweetie,” Mrs Irving replied with tears swelling in her eyes. Johan had been a solider of war, robbed of his life at 23 years of age. Mr and Mrs Irving bared the guilt of his death. Unable to let go of his memories they hoped that by adopting Alexander he could be an ideal replacement.

Leaving the house now, Alexander and Mr Irving were going to plough the fields. With the aid of a tractor the ploughing process was efficient and quick. Alexander sat on the thigh of Mr Irving who occasionally gave him a chance to drive.

The day was now coming to an end. Having worked hard for the whole day, Alexander was incredibly tired. Miss Irving prepared a warm bath for him. Going straight inside the warm water soothed his entire body. Alexander believed that Mr and Mrs Irving were the most wonderful parents ever. His heart felt nothing but love for his new mother and father.

“Mum, please leave the light on,” said Alexander who was now tucked warmly in bed. Miss Irving got him her son’s old pyjamas with teddy bears on them.

She read him a bed time story, kissed his forehead and exited the room. Alexander’s smile was turned to a scowl as he looked about for a presence he always felt when left alone.

The following day Alexander called out to Mr and Mrs Irving but no reply came from their room. He went upstairs but what greeted his eyes was pure horror. They had both been killed with blood splatted everywhere in their room. He stared in shock as tears began trickling from his eyes. The same occurrence had happened yet again, but this time Alexander decided not to call Miss Stewart. Instead he made up his mind that he would run away as far as he could.

He walked into the Forests of Shadows; this forest was considered the most evil of all forests. However, no goblin, werewolf, ogre or witch came near Alexander. Instead all the evil creatures in the forests ran away from him. He was crying while he walked to no destination or with any purpose.

“Hello,” said a wonderful voice to him.

Alexander, who didn’t want to talk to anyone, was surprised when he saw how beautiful that being was. Evil eyes could be seen in the darkness of the woods as Alexander and the beautiful being spoke.

“My name is Nymph, why do you come to such an evil place?” she asked as she approached Alexander.

“I lost my foster parents for a third time and I don’t know what to do,” he replied to Nymph. She began to cry crystal tears while she expressed her sympathy towards him.

“Alexander because my eyes see only the good in people I cannot help. However, all the evil beings can see the bad in others and if you were able to make them scared then it’s safe to say they see something in you,” said Nymph who now gave the crying Alexander a hug. She felt very compassionate for him.

“Then tell me what am I to do? I can’t bare this pain in my heart anymore,” mentioned Alexander who believed that the Nymph might hold all the answers for him.

“Alexander you are to venture to the Lake of Truth. Once there, cast your face upon the lake’s surface and there shall the truth be revealed,” stated Nymph who began to wipe away the crystal tears from her eyes.

“How am I to go where I don’t know the road to?” asked Alexander.

“Take this orb and it shall be a guide to you. Wherever it goes there you must go as well,” said Nymph who took out the orb from her pockets. She let loose of the orb which now floated in mid-air. Nymph instructed the orb of its destination to the Lake of Truth. Slowly it began moving into that direction.

“Thank you Nymph,” said Alexander as he followed the orb.

“Take care, Alexander,” was the parting words Nymph said to Alexander as she went into the opposite direction from him.

Tell us: What do you think is killing Alexander’s loved ones? And why are the evil creatures afraid of him?