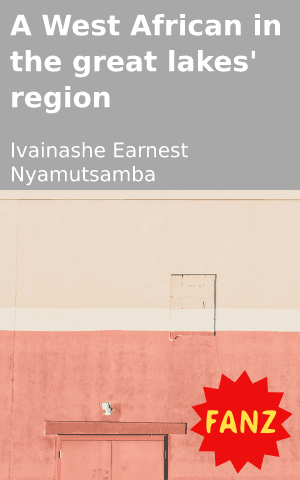 On April 7, The Rwandan Prime Minister and her husband were assassinated. My friend I were horrified, saddened and most of all gutted when the news broke. I felt like crying, but bravery would not allow me to. How could someone kill fellow human being? I mean, how? Oh! Allah what has happened to humanity?

When the news reached us, we were seated in the compound. I hastily took flight from where I was and sped to the white UN truck that was outside. I jumped into the truck swiftly off to the deceased Prime Minister’s residence.

I could feel the intense, eerie, sombre atmosphere. I could feel that the Grim Reaper was at work. I tried shaking off the feeling but I could not shake it off my mind. I made my way down to the Prime Minister’s residence.

I speedily paced my way into the house. There were five innocent souls, petrified to the core, shaking like a stalagmite in a limestone cave. I could tell they were horrified, gutted and were clouded in the haze of confusion. They did not know what to do or what was going on. My instant reaction was bundling the five and holding them tightly assuring them everything was going to be alright. Now the question I probed myself was, “Will everything be alright?”

After I had assured them I had to wait for my Commander. I was outside the compound waiting for him while smoking my cigarette and just concocting an idea as well. The idea was going to be handy in times of need for the atmosphere was getting tense by the millisecond.

I heard a loud bang at the gate of someone who was trying to get the residence’s attention. Everybody within the compound had rested all their hopes upon me. I mean, I was just a man. I heard from one of the people who I was with telling me that, “The rebels are looking for the Prime Minister’s children.”

What a barbaric action displayed by the rebels. I was indignant to the brim, I swear I could have choked someone just to convey the message of sanity within their pea-brain. Commander Dellaire got into the compound and I walked up to him, leaving the group behind. I debriefed him about what had happened and what was going on at the same time.

“There is no time Diagne,” he said to me. I concurred with him. What I did was taking the five and assuring them again that everything was going to be alright. With their big eyes, they all looked at me right in the eye, nodding their heads. All I could do was make my prayers within my heart.

I started the engine of the truck while I was negotiating with the car so that I may begin with the perilous journey to the safe house. Commander Dellaire walked up to me, held my shoulder, looked me right in the eye, took a deep sigh and said, “Diagne you are a good man, be safe.” The only thing I could do at that moment was to nod my head and I embarked on the journey.

I reached the first checkpoint the rebels asked me, “Hey, UN Officer, where are you going?” With my eccentric smile I said, “I am taking the children of the United States staff to the airport.”

I had to lie to them. If they knew I was with the Prime Minister’s children… It was a nerve-wracking and sweat-inducing moment. The rebels gave me a safe passage from the checkpoint. I drove to the Des Mille Collines Hotel. When we got to the hotel, I left the bundle of five in the care of an official whom I met at the Hotel. I hugged the five, I felt like crying yet again bravery would not allow me to. I knew I would never see the five ever again; a sense of relief filled my heart.

I journeyed back to the base, and I was met by the scenes of gore and intense horror. The scenes I saw were not for the faint-hearted, not at all to say the least.

Tell us: Would you be able to fulfil the role that Mbaye played?