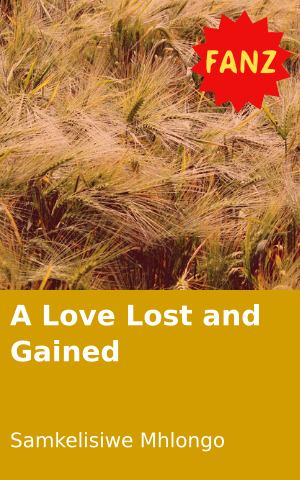 I was annoyed and the way to Empangeni was a long and winding one. I knew this had to do with Andile, what I didn’t understand was how his family was going to justify his behaviour. When he hurt me, no one came out and stood by me; it was like they didn’t know me. I was forced to go through the divorce without their support. I wasn’t going to sit down and take their abuse. I was going to speak my mind.

There were his relatives. I could see the men gathered in the kraal, they had been slaughtering and I could tell by the noise and chatter that they were enjoying the meat already. They sat in a circle. I had seen Andile’s car as I pulled in.

“It is so good to see you, Makoti. We are so happy that you could come.” Andile’s mom said, smiling at me.

“Thank you, Ma, it’s good to see you too,” I smiled shyly, looking down.

“This thing between you and Andile worries me, Zola. I wish you would forgive him and get back together. You are not getting any younger. When will I have grandkids?” she said, looking at me with a worrisome face. I looked up at her as she said this. It seemed to be hurting her. I didn’t know what to say.

“Ma, I don’t think that’s possible. Too much has happened between us. I forgave him but I can’t be with him again. He hurt me and…”

We were disturbed by the sudden noise that came from the kitchen. We were having tea at the dining room table, while the ladies were peeling vegetables from the kitchen table. It looked like they were preparing to cook a feast. Others were cutting the meat and just then, Andile’s old brother, Khaya, walked in with his wife Nobuntu.

She screamed when she saw me, she hadn’t seen me since before the divorce. Suddenly there was too much chaos as everyone embraced and pleasantries were exchanged. I didn’t notice Andile walking in.

“Mashandu,” he said looking at me, taking me in as if this was the first time he was seeing me. Everyone was suddenly too silent, looking at us. I opened my mouth but nothing but a lousy “Hi,” came out.

Just then, his brother’s kids came through the door, bursting in and everything went crazy. Nobuntu had two daughter who were two years apart. I marvelled at her strength, how did she handle a fulltime career and motherhood? I didn’t want any kids, let alone two. It wasn’t something I aspired to be, being a mother to anyone – at least not these days. I had entertained the possibility when I was still married.

I excused myself before dinner. I wasn’t going to sit down and have dinner with the family of a man who broke my heart and cheated on me. It was too awkward, especially knowing that they had welcomed his girlfriend as well, with no problem at all. No one thought of me. I didn’t blame them but it irked me a bit, even now. The only reason I was here was because of my father. I was going to listen to what they said and that was that.

The next day I woke up at seven in the morning and already there was noise all over the yard, it looked like others hadn’t even slept. The locals were sitting under the tree, having umqombothi and passing around the big calabash. The smell of smoke filled the air as the women rushed around to start cooking. The three-legged pots were ready. I looked at Andile’s mother, MaMkhize, and her aging, frail body and wondered what she was like as a young woman. She was the matriarch in this family.

My yellow African print, full circle dress was blowing as if dancing on the sides. I received it when I got married. I didn’t know why everyone was looking at me but I greeted them and headed to the kitchen. Not before MaMkhize asked for a cup of tea, with lots of milk. I helped Nobuntu make breakfast with the other ladies. Andile had only one sibling.

After breakfast, I was called into the big rondavel. This one was used for family meetings and important gathering. Nobuntu hurriedly tied her scarf around my head.

“This is not necessary though, you know. I am not a makoti here anymore.” I said with a smile.

“Nonsense, they want you back,” she said and regretted it.

“They want you back, you are a Kheswa. Go, just go.” she said and I hurried out.

“Makoti, it is indeed good to see you again my daughter. We thank you for respecting us and coming all the way from Durban.” said Andile’s Babomdala.

I didn’t know whether to reply or not. I was sitting on a grass mat by the aunts. On the left side sat Andile, his dad, his brother, his Babomdala and their grandfather. I kept my eyes low, not really looking at any of them. I saw Andile’s mother looking at me from the corner of my eye.

The rondavel was too big and empty, except for the fireplace at the centre of the room. There were chairs on the left side, which the men sat on. Men always took the left side in a rondavel and the brides never jumped to that side because it was always said that it was the ancestor’s side. I didn’t believe any of that but of course Andile’s family was traditional. I was bracing myself for whatever it was that they were about to say.

Tell us: What do you think the family will say to Zola?