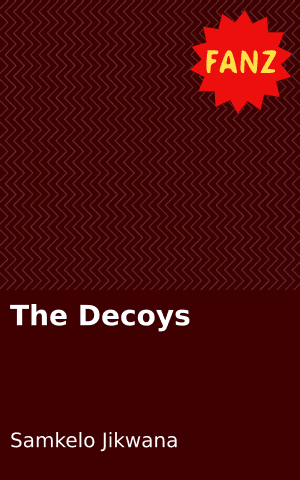 (Dalisidima Mbombo and Nosingcambaze Mbombo are sitting in their room with their son, Lindani Mbombo, on Monday evening.)

Dalisidima Mbombo: My son, I don’t usually give credit to people, but I want to say well done for your marketing strategy. I never taught that I was going to make a lot of sales again in my tavern.

Lindani Mbombo: Dad, I know that the only person who competes with our tavern is Pastor Mlungisi Mthetho. My plan was simple: change Nomazwe Sihlahla from gospel singer into house music singer. All the youth who were serious about church are now drinking alcohol with us because we took their star away from church and brought her into our tavern.

Dalisidima Mbombo: My son, you are very clever.

Lindani Mbombo: My other plan was to give young girls who wear all white free alcohol. A lot of those girls were attending Pastor Mthetho’s church. All the brothers who were saved and never went to our tavern are now coming to the tavern because all the beautiful girls who used to attend church are joining us at our tavern during the nights.

Dalisidima Mbombo: I think those girls were forced by their parents to attend church.

Lindani Mbombo: The young girls are helping us a lot because old men, when they are drunk, want to make love with those cute young girls. Most of the old men are buying alcohol for the group of those young girls and dancing with them.

Dalisidima Mbombo: Lindani I can see that I raised you at a township.

Lindani Mbombo: I hope my last plan is successful.

Dalisidima Mbombo: What is your last plan?

Lindani Mbombo: I want to destroy the image and reputation of Pastor Mlungisi Mthetho so that everyone will never trust him again.

Dalisdima Mbombo: It will be very difficult to destroy Pastor Mlungisi Mthetho because he has done a lot of good things in the community. When he preaches, people come out of our tavern and listen to him.

Lindani Mbombo: I think my plan can damage his good reputation.

Dalisidima Mbombo: What is your plan to destroy that man?

Lindani Mbombo: Pastor Mthetho’s wife and children are at the Eastern Cape. Every Wednesday he always invites Nomazwe and Nomasakhe to his house so that they can discuss issues that affect the youth and draft some letters that they want to send to big companies to ask for sponsorships and donations. I want Nomazwe to go alone to Pastor Mthetho’s house and have Nomasakhe make a last moment excuse that she won’t be coming to the meeting.

Lindani Mbombo: I want Nomazwe to pull up her dress in front of Pastor Mthetho. Nomazwe is blessed with a cute and sexy body. I know that when she becomes naked in front of the Pastor, he will fall onto her breast and want sex from her. I will tell her that after the pastor has sex with her, she must go to the police and lie to the police by telling them that Pastor Mthetho raped her. The police will lock the pastor in jail for fifteen years, and when he comes out of jail nobody will trust him and listen to him again when he preaches.

Dalisidima Mbombo: Lindani, I can see that you are working very hard to destroy the people who can destroy our tavern, or people that are taking our customers away from us.

Lindani Mbombo: Don’t worry mom, the young girl likes money a lot. She won’t refuse, and I will also promise her more money if she helps us destroy Pastor Mthetho.

Nomasingcambaze Mbombo: Thank you, Lindani, for standing up for your father’s business.

Tell us: Do you think Nomazwe will go along with this plan?

< previousintronext >
Login to Comment
4 Responses
Nx I don't believe Lindani's mada is also in arg
Omphilebongi · 2 weeks ago
I hope not. It's despicable
Nke · 5 months ago
i dnt think so
white mice · a year ago
I just lost interest in this play. SIES. If you, the author, can develop a character like Nomazwe and the young girls with the old drunk men in the tavern, then I think you have no respect for females and I refuse to read your rubbish. We should be encouraging girls to do positive things. Spending time relaxing at the tavern is not all bad, but not the way you paint the picture and Nomazw's character? It's no wonder some males think they can rape and abuse us and the police not properly help women when they come to report a rape. I'm off to read something else.
Serenflipppity · 3 years ago
Go to Library