Little Did I Know 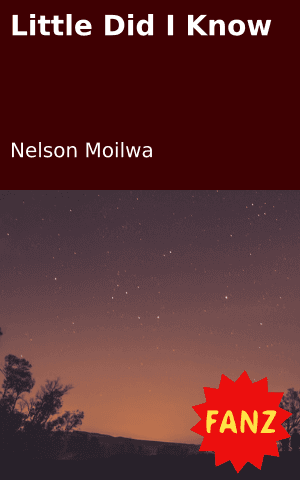 While searching for his biological mother, Lusapho falls in love with a young woman, Asiphe. While they are busy trying to get their life in order, Asiphe and Lusapho get into a car accident. At the hospital, their families find out that Asiphe is pregnant, but they also find out some news that tears the families apart. Read the following play to find out what this news is, and how it affects Asiphe and Lusapho’s relationship.

Lusapho – a 25 year old, handsome young man. He is kind, generous, loving and caring. He is seeking to find his true belonging by locating his own flesh and blood, but he seems to have difficulties in finding the answers he is looking for. He works as an Electrical Artisan at one of the electrical firms in Johannesburg.

Kegomoditswe – Lusapho’s mother. She is not his biological mother, though, but she is the lady that found him lost and, as the caring person that she is, made him hers.

Lumko – Lusapho’s cousin. His father and Kegomoditswe are siblings. He is 26 years old, and is a Human Resource Manager in an import and export company. He is a charmer, a womanizer, and he has 4 kids with 3 different mothers. He travels with Lumko most of the times whenever they visit home.

Asiphe – Lusapho’s girlfriend, and she is aged 23. They have been together for two years, and she is a student at the University of Johannesburg. She is also about to find out the most shocking news about his beloved.

Mpilo – Asiphe’s little sister, and she is aged 6.

Noluyolo – Asiphe and Mpilo’s mother. She was raped, and a few days after the rape, she found out that she was pregnant. She then told her husband, and he got so furious that he began abusing her, both emotionally and physically. So, to save her child’s life, she gave it away.

Khanyi – Lumko’s elder sister, and she is married to Nkosingiphile. She is also Lusapho’s cousin sister, and he always looks to her whenever he is in need of advice.

Nkosingiphile – Khanyi’s husband. He is also Lusapho’s adviser, but he is not too much of a talker.

Doctor – comes in with test results that are going to break hearts and change lives. The test results reveal very deep secretes that no one in the family expected.