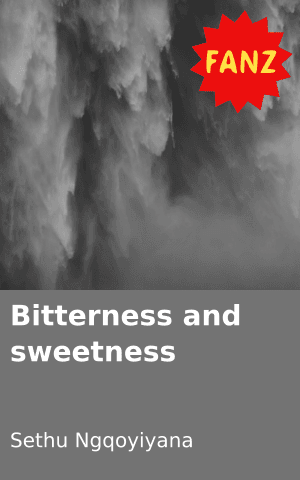 (It is six months later. The police say that they have done all they can to find Nhlanhla. But Sethu has returned. He goes to Nhlanhla’s house. He finds the Mzayiya family sitting inside the house discussing the funeral arrangements.)

Mthunzi: We can’t allow this boy in this house! Boy, can’t you see we are having a family meeting? Go away!

Thembi: Sethu, come in. Welcome to my family. These are my elders all the way from Eastern Cape. We’re discussing the funeral arrangements. We have already held the memorial service last week, she will be laid to rest this coming Sunday.

Sethu: Who is going to be buried?

Sethu: Where is the body?

Mthunzi: We will bury her spirit, if we cannot bury her body.

Sethu: Well, there’s no need for that.

Mthunzi: (Angry) You see? This is the boy I was talking about, he thinks he runs this family more than I do.

Thembi: What do you mean, Sethu?

Sethu: I was the one who took Nhlanhla from the hospital.

Sethu: On that day… in fact it was a day before that one… I was reading a newspaper. I saw an advertisement from a herbalist that said he was ‘Mr heal everything’. He was based in Swaziland. So, I took a loan from someone and then I took Nhlanhla to him.

Sethu: I left Nhlanhla at my home, I left her eating.

Gugile: No, our ancestors are great.

Sethu: Because we got back from Swaziland only very late yesterday. I thought that she would need to rest after all she has been through. I knew her mom would be shocked and happy at the same time. She would want to ask too many questions… so I decided to take her to my home instead, so that she could rest.

Mthunzi: Then why didn’t you bring her here now?

Thembi: Mthunzi, can you be positive for once? My daughter is alive, she’s not dead. The only thing that’s worrying me now is that, I have to go and tell the community that my daughter is still alive. Remember the memorial service has already been done, so, I don’t know…

Tell us: How are you enjoying the play so far?

< previousintronext >
Login to Comment
38 Responses
Yes!!!!!!😂😀
Masholozi · 2 weeks ago
It's great but the plat was supposed to write something where they where with Nhlanhla
Zukisan · 7 months ago
Yes because i know that Nlanhla is alive and tht hopefully all of the chaos will end...
Lekeata · 8 months ago
It's a marvelous and wonderful play, at first I was sad but now am happy
1909038 · 10 months ago
Interesting and fabulous it shows tht when some1 who loves u truly can do anything
Smacro · 10 months ago
Load More
Go to Library