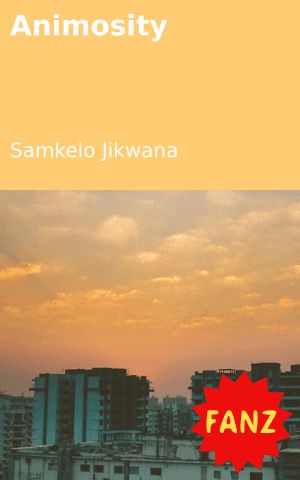 (Nosihombiso is standing in her room.)

Nosihombiso: I wonder why this child sleeps until twelve.

Nosihombiso: Nolumanyano, I am going to use my key to open this door. The last thing that I want to hear is that you are stressing about Sive’s decision to marry Nobuhle.

(Nosihombiso goes to the kitchen and takes the spare key and opens Nolumanyano’s room.)

Nosihombiso: Help! Please! I don’t believe that my child hanged herself on the roof of the house. How can a beautiful angel commit suicide?

(Nosihombiso faints in front of Nolumanyano’s hanging body. The neighbours come inside. Ntsimbi Sibase cuts the rope that Nolumanyano used to hang herself. Then, her body falls down.)

Ntsimbi Sibase: You must throw water on Nosihombiso. She fainted because of shock. Somebody must also call the mortuary and the police so that the body can be taken away as quickly as possible.

Nomlonji Nduli: We must look and see if she left a note saying why she killed herself.

(Nosihombiso wakes up and listens to Nolutho read her daughter’s suicide note.)

Nolutho: To all those that love me: The reason why I decided to take my life is because my former boyfriend, Sive, married Nobuhle Mlebe after he promised that he would marry me. I sacrificed a lot for our relationship and I even convinced my parents that he was the right man for me. He told me that the reason he didn’t marry me is because my mother is connected to witchcraft and she will teach me all the witchcraft magic. I chose to go to God so that I can be free from all the problems of this world. I know that he was influenced by his parents to marry Nobuhle. Sive’s parents were the ones who told Sive that my mother is a witch and he must stay away from me.

Nomlonji: Young men and boys of this generation are stupid because they listen to their mothers and sisters too much.

Nosihombise: My daughter left me for good.

Nolutho: It’s true when they say that the young men and boys of today act as if their parents don’t interfere with their decisions. Meanwhile, their parents are the ones who actually make the decisions in their personal lives.

Nomlonji: They only do that to attract girls and market themselves as independent people.

Nolutho: When girls enter in these young men and boys’ lives, they realise that these men are controlled by their parents and sisters. Everything that a boy does is influenced by the women in his life.

Nosihombise: I hate Sive and his parents for killing my daughter.

Nolutho: The police and the undertaker are near the maize garden.

Nomlonji: God must be with us.

(The police knock at the door.)

Ntsimbi: You arrived just after a young girl committed suicide.

Police: The youth of today are not that strong. I wish the public could learn that. Committing suicide is not a solution.

Nolutho: Sorry, sir, she wrote this letter about her death.

(The undertakers take Nolumanyano’s body into their car.)

Do you think Nosihombise will do anything to Sive and his family to avenge Nolumanyano?

< previousintronext >
Login to Comment
One Response
She can after killing her husband's lover
saurombechireki@gmai... · 2 years ago
Go to Library