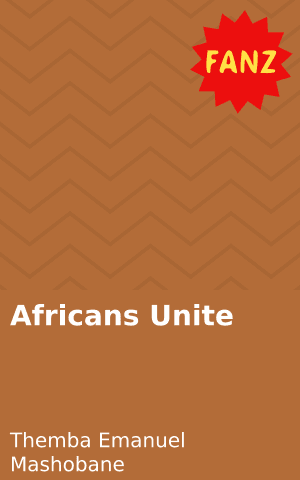 MBONANI: Hence they caused our country’s economy to end up in the dumps.

CHIKWAMBANI: I am not going anywhere.

MBONANI: You know how to talk ne?

Mbonani approaches Chikwambani like he’s about to grab his neck.

CHIKWAMBANI: Please, please, don’t kill me. Leave me and let me bury my friend and his family in peace.

MBONANI: Peace my foot! I have no choice, but we must bury you in pieces.

CHIKWAMBANI: No please. Please, I am still alive, how can you bury me while I’m still alive?

S’KHWIHLI: That’s why we have to kill you now. Gatjeni bamba lenja (Hold the dog).

Chikwambani on his knees pleading.

CHIKWAMBANI: Gatjeni, please allow me to live until I bury my friend and his family with peace. I hope that God will accept their souls for good deeds.

MBONANI: Even though we can leave you now Chikwambani, I can’t come to your funeral to pay my last respects because you don’t belong here. Besides, who can go to kwerekwere’s funeral?

MBONANI: I don’t know, maybe Gatjeni can tell us because it seems as if dis almal die selfde. (It seems like they’re all the same)

CHIKWAMBANI: We do what you do when you bury people in a grave yard, just like all Africans.

MBONANI: You are mad now, mad like a mad dog. We South Africans, we are not buried like you.

S’khwihli: Mbonani, he wants to be a South African ancestor now.

They roar with laughter.

Gatjeni coughs a little because he doesn’t like this.

S’KHWIHLI: Tell us now, you want to sell your soul in our grave yard?

(Chikwambani is getting angry now. His face twitches.)

CHIKWAMBANI: I am not sick, don’t you know where sick people go?

MBONANI: Of course I do. I am surprised to see you here.

CHIKWAMBANI: Because you are at the wrong place.

MBONANI: Wrong place my foot, man. You are in the wrong country for heaven’s sake, my country.

MBONANI: Yes, why not? You Chikwambani, you are all over my country busy making babies nx!

CHIKWAMBANI: Mbonani also many of you are all over, though are treated with dignity not like you are treating me currently and remember your former exile-

CHIKWAMBANI: Some of them were even buried with dignity in those lands.

S’KHWIHLI: So, what? That was good for them, not for us.

MBONANI: You are very good with history, but unfortunately that doesn’t work for you.

S’KHWIHLI: He’s trying to change our mind by not killing him.

CHIKWAMBANI: No! I am stating facts.

CHIKWAMBANI: You South Africans, you have your own secret reason why you took out your anger unto us.

MBONANI: Anger, anger for what?

CHIKWAMBANI: You, you are fighting alone and as a result you can’t even unite and help each other. You are just failures in most cases you can’t last.

CHIKWAMBANI: Yes last, as being business minded and stuff.

CHIKWAMBANI: Whatever Mbonani. Look, you got a good education. Hanging your degrees on your walls but failing to create jobs and still waiting to be employed by someone so what is that? What do you call that?

MBONANI: What do you know about a good education?

CHIKWAMBANI: Where are your skills? Where is job creation, don’t you think that this should be something you are fighting for rather than stopping us.

S’KHWIHLI: Hey, don’t you see that we are doing housekeeping so that you can see what’s happening because now you turned out to be a hazard.

MBONANI: Let’s eliminate them because you are an uncontrollable hazard.

CHIKWAMBANI: Oh, mxm do that. That’s what you’re good at, but you can’t always blame other people, you lazy South Africans.

MBONANI: Gatjeni are you allowing this puppet to humiliate us like this in our country?

GATJENI: I am tired of you and S’khwihli. What I’m going to do is to call my ‘friends’ to take you out of my house.

CHIKWAMBANI: Good Gatjeni, these people don’t have peace like you do.

MBONANI: Eintlik (actually), I normally don’t like talking to someone over and over. S’khwihli let’s remove this bliksem (scoundrel).

Tell us: What do you think of what Chikwambani is saying, that South Africans can’t create their own jobs and are lazy?