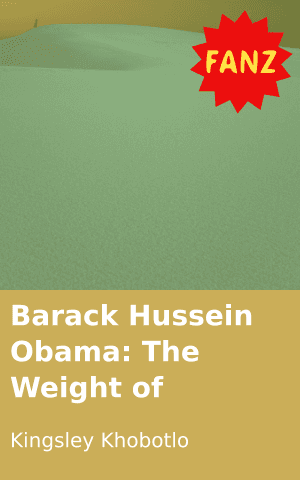 Although current President Donald Trump criticised the pace at which the American economy was growing, it would appear that most experts and analysts were in agreement that the former Constitutional Law lecturer’s economic policies did in fact stabilise and eventually start growing the economy. The tough stance he took would bear fruits as unemployment was halved, Obama pointed out in his farewell speech. Incomes across all demographics and all age groups increased.

During his campaign, Donald Trump promised that one of the first things he would do when in office would be to repeal the Affordable Care Act, better known as ObamaCare. According to many, this would be one of Obama’s brightest stars amongst his achievements as president. Over the last few months some said their premiums were simply too high under the new Act.

Meanwhile, then President Obama vigorously defended ObamaCare and in his farewell speech, delivered in his adopted hometown of Chicago, he challenged anyone to find a better solution to the healthcare crisis, citing that ObamaCare had ensured that 20 million more Americans now have access to healthcare.

Some images are so powerful that they simply cannot be erased from the mind. One such image was watching President Obama struggle to contain his emotions as he addressed the nation after the Sandy Hook shooting. Twenty children were mercilessly gunned down. It was one of many tragic incidences that demonstrated the president’s ability to connect to the people and show real empathy. There was also the Charleston massacre, where a gunman walked into a church and just started shooting people.

The list of gun-related incidents is a long one, not to mention those who were unarmed and either handled with excessive force or simply shot by police officers. The fact that both the Senate and Congress opposed a move by the president to bring about stricter gun control legislation clearly frustrated Obama to no end. The sad reality is that gun violence was, and still is, rife in the United States.

In a Time History online article titled 10 Historians on What Will Be Said About President Obama’s Legacy, most of the featured historians all seems to share similar views on Obama’s domestic track record. Professor Julian Zelizer from Princeton University and Laura Belmonte, both agree with the majority view that Obama definitely turned the tide on the American economy, which was in a wild downward spiral, by implementing tough policy decisions and necessary reforms. Author Doris Kearns Goodwin, for example, notes improvements to LGBT rights.

However, there are those who would convincingly argue that the President’s domestic record was perhaps worse than his international track record. Especially if one considers the increase in domestic surveillance, intensified race relations, and the president’s increasing use of executive powers to push his policies through the U.S Congress when they refused to support some of the decisions he was trying to advocate for.

The reality is that by the time President Obama’s second term (what some may consider as the sign of a good presidency) came to an end in 2016, his popularity and reforms did not win votes for the Democrats. In fact, it has been argued that, not only did his party lose the majority, both in the Senate and Congress, but the Republicans have never been stronger. Which makes one wonder why was he unable to convert his approval ratings into more votes for his party? What is it about the candidates that the Democrats nominated for the 2016 elections, and their internal processes, that failed them at the final hurdle?

Tell us: What do you think of America’s gun control laws?

< previousintronext >
Login to Comment
2 Responses
It is very terrible
Thabile MGAGA · 8 months ago
It is terrible there should be stricter laws on America's gun control laws.
SisQueen · a year ago
Go to Library